The Raiders clashed with GPAC rival Dordt College on Wednesday night, and came away with a 1-0 victory in Orange City.

Senior forward Graham Kinsinger scored the lone Raider goal in the 67th minute on a great individual effort through the back line.

NW was led in shots by sophomore midfielder Gabriel Goncalves with five, including one on target. Junior forward Jeriah Dunk and junior defender Harri Edwards each had three shots.

The Raiders hosted Nebraska Wesleyan in their first GPAC match, a frustrating 3-1 loss on Saturday night.

In a match that was statistically dominated by NW, the Raiders failed to capitalize on opportunities that cost them the victory. The Raiders outshot their opponent 28-13 overall and 10-8 shots on goal.

The first Prairie Wolf goal came courtesy of a controversial yellow card penalty kick, and then NW allowed two goals within the last five minutes of the first half.

Though trailing 3-0 at halftime, the Raiders did not appear shaken.

The Raiders outshot Nebraska Wesleyan 13-3 in the second half but managed only one goal.

The lone Raider goal was tapped in by junior forward Jeriah Dunk, who was assisted by junior defender Justin Lehman in the 76th minute.

“We need to play the entire 90 minutes in order to win,” sophomore defender Zack Schornack said. “ We felt that we controlled the game for the majority of the time, but they capitalized on our missed opportunities.”

Five Raiders did not suit up due to illness or injury, dwindling the depth.

“It definitely tested the depth of our team by having guys out,” Schornack said. “It was a good experience to deal with the adversity but next time we hope the results are better.”

The team was led by senior forward Jono Taves with five total shots and two shots on goal. Freshmen forwards Koray Karakas and Ryan Johnson each had four shots respectively.

The Raiders return to action at 8 p.m. Tuesday at Morningside. 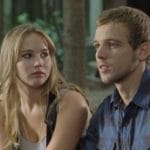