Since its inception in 1994, English three-piece alt-rock outfit Muse has been nothing if not progressive. The band’s latest album, “The 2nd Law,” continues to push boundaries, even if those boundaries might seem strange to a long-time listener. But if listeners can get past the unfamiliar dabbling into dubstep and sound sampling, they may find an enjoyable album, even if it ends up being a guilty pleasure.

The first single, “Madness,” is extremely catchy. And despite the pulsing, synthetic bassline pumping below the vocals like a robot’s heartbeat, it somehow still sounds like a Muse song. This remains a common theme throughout the album: Despite unusual musical stylings, including the band’s decision to make the title track completely dubstep, Muse manages to maintain a relatively uniform sound from the beginning of the album to the end.

Part of the uniformity is due to Matthew Bellamy’s distinctive, soaring vocals, which would make any genre of music sound like Muse. But when his words are soaring above the wub-wub of a dubstep beat, it’s jarring, to say the least.

Even more jarring, perhaps, is that it works for the most part. Muse has always tended toward a somewhat dark, apocalyptic sound, and if there is one thing that dubstep does well (a distinct possibility), it’s that it offers a sort of dark energy. When combined with real, unaffected vocals, especially Bellamy’s intense, high-pitched shrieking vibrato, the result is surprisingly powerful.

Fortunately, the album isn’t entirely wubs and screeches. Parts of “The 2nd Law” are as heavy as Muse has ever sounded. “Survival,” the soundtrack of the 2012 Olympics, ends with a single-string breakdown below a soaring guitar solo. The opening track, “Supremacy,” ends much the same way, with Bellamy sing-shrieking on top of the guitar-induced chaos. In general, it’s worth noting that the complex guitar and drum work continues to make an appearance on “The 2nd Law,” although it isn’t as heavily featured as on previous releases.

The album isn’t perfect, and it doesn’t come close to perfection, as 2003’s “Absolution” arguably did. The problem for a band as intelligent as Muse is that when they’ve found a sound that fans find perfect, they remain discontent, interested in continuing to push the envelope. Too much tinkering can hurt an album, and it certainly hurt Muse on tracks such as “Explorers” and especially “Panic Station,” which sounds like a strange hybrid of Queen and Fall Out Boy.

The good news is that even with imperfections, Muse remains well worth a listen, even if the sound isn’t exactly what fans are looking for. But frankly, if it was, Muse wouldn’t be Muse. So maybe it’s just as well. 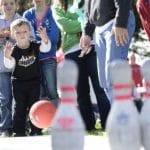 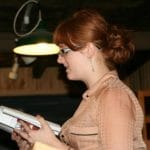