Upon returning to their dorm rooms and apartment complexes in August, many students were greatly anticipating another rendition of the dearly loved “little orange book” full of coupons and deals for students in Orange City. Much to their dismay, no booklet was found. Many looked in their desks, in the halls and even ventured up to the student lfe office only to have Alli Den Boer inform them that there were no orange books for the 2021 – 2022 school year. What were the students of Northwestern to do? Would the time finally come where they had to pay full price for the abundance of amenities Orange City has to offer?

Well, there was no need to fret for students. The Orange City Chamber stepped into the twenty-first century and brought to life the new Orange City app, full of deals and maps of local businesses for the new school year. But what brought the sudden switch from print books to mobile apps?

“We had an app eight years ago, and it didn’t resonate with people,” said Orange City chamber member Mike Hofman. “We felt that this year was a good year to try again. We also wanted a way for the business community to let students know about deals and specials they are offering the students. What better way to communicate with students all the time than with an app!”

The app offers deals from a plethora of local businesses such as The Roadhouse, Pizza Ranch, Mulder Auto and Town Square Coffeehouse. Some of these deals even have multiple uses on the app, allowing students to enjoy these deals multiple times. In addition to these coupons, students can find a map of Orange City and locate the businesses on the app.

“We have had a great response. Most students remember the ‘Orange Coupon booklet’ we used to hand out for students and when we tell students that the app is replacing that for deals, they are excited!” said Hofman.

“I really like the app so far,” said senior Emily Dobesh. “I hope they reset the coupons either at semester, or at least at the end of the year. I’d be more inclined to keep using it and going out if I knew my coupons wouldn’t run out before December or May.”

Students can redeem these coupons by showing their app at the cash register at most businesses and clicking “redeem” on the app.

Regarding the future of the Orange City app, it appears there are a lot of plans in the works.

“There will be a calendar of events for people to reference what is going on around town,” Hofman said. “We will be able to send notifications if a business offers a new deal [to app users]. We will be adding our Chamber Card on the app as well that has all of the deals from business, not just the student-specific deals. We are also investigating a way to actually order and pay for items right in the app.”

Only time will tell how successful the Orange City app will be in the long run.  For now, the app can be downloaded on both Android and iPhone. If you have any questions or suggestions for the app, feel free to reach out to chamber member Mike Hofman at occhmbr@gmail.com. 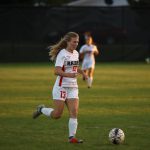 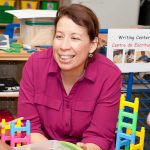