After 13 long years of waiting, we finally get to witness another world made by the creative director James Cameron. Cameron’s original masterpiece, “Avatar”, seems like a difficult movie to follow. However, the sequel does not fail to impress. “Avatar: The Way of Water” has familiar faces, following Jake Sully (Sam Worthington) and Neytiri (Zoe Saldaña) and the struggles they face when humans begin to invade their peaceful abode of Pandora. As they flee to protect their tribe and family, we are brought along to witness completely new cultures and creatures of the water tribes.

The film begins with the introduction of a few new characters, notably, the Sully family. They have a total of three– arguably five – children. Their three biological children are Neteyam (Jamie Flatters), Lo’ak (Britain Dalton) and Tuk (Trinity Bliss). Their two adopted children are Kiri (Sigourney Weaver), who was born mysteriously from the Avatar of Jake’s deceased friend Grace Augustine (Weaver), as well as the human boy Miles “Spider” Socorro (Jack Champion) who stayed on Pandora and lived and grew with the Sully family. These characters, although new, create a connection with the audience that drives one of the main points of the film: the power of family.

This theme is a major driving point for this movie. Throughout it, we see the struggles and love that come with family, something that we can all relate to. Giving this very human and relatable idea to the Na’vi people (the blue “avatars” that are featured throughout the movie) allows us to connect and sympathize with what is happening on screen, something the director most definitely intended to happen. Furthermore, Cameron uses this as the main basis of the film, using it to drive the main conflicts and resolutions throughout the movie.

This movie also carries on the poignant themes of colonization and racism from the original film. Jake and his tribe are forced to flee their home because of the humans colonizing it.

This included burning their land, and many times they are seen treating the Na’vi people as if they were less than them. Furthermore, the humans continuously showed a contempt for the culture of the Na’vi people, disregarding the safety of the innocent tribe and animals that also inhabited the area.

One interesting conflict that is touched upon that does not include the human involvement is the idea of racism. When Jake’s family moves from their original home in the jungle to live with a water tribe, they are faced with the racism of their people. Jake and his family look different, they have different colors of skin and eyes and are seemingly useless to the tribe they would be joining due to their lack of thick tails and webbed hands for swimming. This is a tough and very prevalent topic that is touched upon in a unique manner.

In the backdrop of the alien planet Pandora, Cameron’s newest masterpiece captures powerful and current problems.  This film is one that fills the cup of every genre – with the conflict of an action movie, the beauty of a documentary, the tenderness of a love story and the sorrow of a drama. This movie is one that did not disappoint. 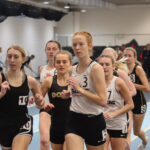