What’s so significant about another rap album topping the charts and selling thousands of albums in a few hours?

On the surface, Macklemore & Ryan Lewis’ new album, “The Heist,” seems painfully typical. The hip-hop record debuted on the US Billboard 200 in the number 2 spot, became the best-selling album on iTunes within hours of its release and sold 78,000 copies in just the first week.

What makes this particular album special is the fact that it was made totally independent of any record label, major or indie.

At a glance, these songs appear to be only slightly different from every other popular rap out there. Guest vocalists with soaring hooks, standard hip-hop beats and mention of haters, women, alcohol, drugs and success all make appearances here. On top of that, Macklemore has no qualms with using profanity prolifically. What makes this album special is the way in which these hip-hop staples are implemented.

Lewis, while adhering to typical rap style and song structure, strips down the usual overproduced overflow in hip-hop and emphasizes more than just the beat. This minimalistic style puts more emphasis on the substantial lyrics. Although Macklemore raps about many of the same topics, the themes are radically different. He rails against homophobia, materialism and alcoholism in the hip-hop subculture as well as in his own life. He manages to be clever enough in his pride to avoid ego-based criticisms. Macklemore self-describes his music in the album’s opener, “Ten Thousand Hours,” as a combination of Malcolm Gladwell (a British author), David Bowie and Kanye West. Musically, Lewis provides a unique sound that varies from Vampire Weekend-like indie to light orchestral piano, strings and horns.

Lyrically, Macklemore’s rhymes flow quickly and smoothly. Although the words may be crass and potentially offensive at times, his wit is undeniable. Light-hearted songs feature sarcastic slights against hip-hop’s typical obsession with style and money, such as “Thrift Shop,” where Macklemore brags about how much better he looks in the club with his secondhand clothes compared to the money-minded others who all look the same.

On the other hand, Macklemore is also able to create meaningful and though-provoking lyrics without skipping a beat. Songs like “Neon Cathedral” and “Starting Over” directly confront his own struggle with alcohol. This personal, unapologetic approach draws the listener in with a simplicity and sincerity that cannot be ignored. Macklemore is not afraid to confront taboo and unbecoming problems in his own life. The only downside is that, at times, this technique dangerously toes the line between deep, honest, heartfelt art and cheesy, Christian rap-style straightforwardness. Usually, Macklemore avoids this pitfall with the same skill and craftiness used in the simpler songs.

In the end, this record is worth a try. Listeners can find a wide variety of fresh, unique and smart rap in a world that has been overwhelmed with shockingly bland hip-hop music. Nearly silly songs poke fun at the endeavors of other artists while sneakily beating them at their own game of one-up-manship, deep songs give a poetic look at difficult issues such as race and self-hatred, and the music always complements perfectly without over- or underwhelming. 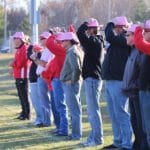 NW recovers from loss with blowout win on the road 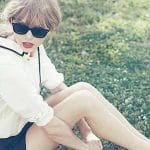 Swift is seeing red and gold