Marker and Wiersma race their way to nationals

“Morgan Marker is a racer,” cross country coach Carrie Krohn had to say when asked about her standout athlete.

An “otherwise never anything less than sweet” individual, Krohn remarked how Marker taps into her “inner beast mode” on race day and gets the job done. Marker controlled the start of her conference race but always kept herself in the top ten. Her race-day attitude and her skillful closing speed helped her finish strong and earn a trip to Vancouver, Washington to race at NAIA cross country nationals meet.

Marker, a senior for the Northwestern women’s cross-country team, has run 613 miles since the beginning of the summer in preparation for her final season. Throughout these miles, two words have been going through her head. Gas, because according to Marker, “You can’t let yourself slow down, you have to keep putting your foot on the gas.”

Perseverance is also a word that is very important to Marker. She writes it on her wrist for every race so she can be reminded of her goals. Come Nov. 19, Marker is sure to be reminding herself of those two words.

“Ian Wiersma is a tactician,” said Krohn. When watching him race, it is possible to watch him calculate the moves he needs to make and push himself to make it happen.

“This year, Wiersma learned to not let challenges cause him fear in training and racing,” said Krohn. His fearlessness is not hard to spot.

Wiersma has run an astonishing 1,200 miles since the beginning of summer training which  ultimately paid off on race day. He realized mid-race, after a particularly strong move, that he was in position to qualify. His strong push to the finish of the conference meet sealed the deal and bought him a ticket to nationals. This will be Wiersma’s third time competing in a national competition during the year 2021 and he hopes for this one to be his best.

Wiersma and Marker, along with coaches Scott Bahrke and Krohn, look forward to the trip to Vancouver. Coach Bahrke expects them to competeat their best on Friday afternoon against the best in the nation. The theme that the team has focused on this year is “Good Enough equals Settling.” The two seniors will have that phrase in mind as they enter the national meet on Nov. 19. Both Marker and Wiersma are thankful for the encouraging words from their coaches and teammates throughout the year. 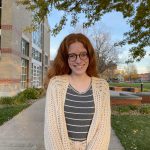 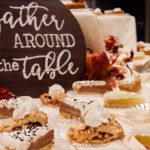