The “Mass Effect” series was once the great space opera of the current console generation. Smelling more of Star Trek than Star Wars, the setting was stuffed with diplomatic and political intrigue, and threats to galactic civilization that were compelling and believable.

By the third game, this complex threat has devolved into a cartoonish display of power by what was originally an ominous power, and is now simply another space alien murder-villain.

The story continues to follow the plight of the human race in space, who seem to get into no end of trouble. They’re established in the first game as kind of an unwanted child of the galaxy, with little political, economic or military power.

However, they’ve got Commander Shepard, a special operative who tools around the galaxy in a fancy, expensive spaceship with a strange but effective crew and does galaxy-saving business.

This is the third game, and this time the Reapers—a race of gigantic spaceship machine monster things is going to destroy earth unless Shepard can get help.

Mechanically, the game holds up fine, at least most of the time.

The third-person shooter mechanics that were honed so well in the second installment of the series have been refined a bit more, with generally more tools at Shepard’s disposal.

Once the player reaches the later parts of the campaign, there are some troubles with the enemies becoming nothing but massive bullet sponges, cantankerous behemoths and soldiers alike fielding maddeningly tough defenses that, combined with the cover-based shooting and shield-regenerating health system, encourage boring and tedious gameplay. Effective, yes, but exciting or engaging in even the slightest way, no.

Importantly, the art team has done an excellent job. Almost every asset of the game is gorgeous, and the voice acting and music are excellently done for the most part. It’s pretty common, though, for games to be pretty and sound pretty these days.

Contrasting to this, however, the work is definitely less than the sum of its parts. Sure it looks and sounds pretty, and it plays well enough, and the side-quests are appropriately well-written, but it feels so forced. Hollow. Contrived. As if a marketing team was unleashed in direct competition with the writing team and allowed to have the final say; “Look, Call of Duty and Halo are selling well. If we make our games more like those games, perhaps we, too, can become mega-rich.”

As anyone who follows petty bickering in the video game fanbases will know, the ending to this particular game has caused a great kerfuffle. Small spoiler alert: It’s a choice that, instead of being based on the decisions of the player up through the entire series, is an arbitrary choice that only changes a minor detail of the final culminating cut-scene.

An underwhelming conclusion to what was originally one of the best space operas in video games, and a telling move on the part of the creators away from the legitimate and interesting piece of fiction towards something more Philistine.

Successful, yes, but a betrayal of what the series stood for: A complex, compelling science fiction epic in the mire of brown soldiering games.

“Mass Effect 3” is, in the end, perfect in the worst possible way – as an illustration of how Bioware – the studio who made the game – has fallen, and the correlated acquisition of this once-great studio by the miserable villains over at Electronic Arts. 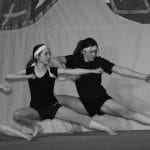 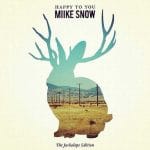