November means it is time to start new sports seasons, and for a select few, this means men’s basketball. The Red Raiders men’s basketball team kicked off their season at the end of October with a loss to Valley City State (ND).

Coming off this loss it did not take long for the Raiders to find their footing with a solid win over Mayville State (ND) on Oct. 29. The win was snatched at the Lewey Lee Fieldhouse, home of the Mayville Comets.

This was no easy game. At the half our beloved Raiders fell behind as the Comets dominated with a 46-28 lead.

Sophomore guard Connor Geddes had plenty to say about the game going into the half. “During the Mayville game, emotions were kind of all over the place. We didn’t have the first half that we would like to have so going into the locker room at half-time, we were pretty disappointed but still confident in our ability to fight back and have a big second half,” Geddes said.

This confidence is what helped bring them back from their 18-point deficit. Whatever was said in the locker room at halftime lit a fire underneath the men’s team.

When they returned to the court, the team was electric, scoring 51 points in just the second half. The team ended the game with an impressive comeback win of 79-75. The Raiders updated their record to 1-1 for the season.

Junior forward Alex Van Kalsbeek had a terrific game leading both scoring and rebounding with 25 points and 14 rebounds. Van Kalsbeek has recorded a double-double in both games that have been played this season.

The team atmosphere is what helped lead the Raiders to the comeback win. “We have a great team atmosphere and culture here. We all get along and have each other’s backs. It is exciting to compete with these guys,” said senior guard Dillon.

The Raiders are optimistic for this season; junior forward Matt Onken holds the team to elevated expectations. “Hopes and goals are to go undefeated at home, win GPAC regular season and tournament championship and make a push to Kansas City in nationals,” Onken said.

You can catch the Red Raiders Friday, Nov. 11th against the Red Wolves from Indiana University East, and Nov. 12th against the V-Hawks from Viterbo (WI.). 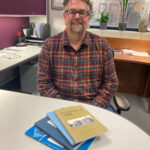 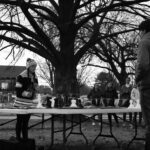