Imagine waking up to find your entire freezer stocked with Talenti Gelato. In addition to the gelato, your apartment has undergone major remodeling. It looks like a modern palace and your entire wardrobe resembles a boutique (all the shoes are your size). Would you freak out? Natalie (played by Rebel Wilson) in “Isn’t it Romantic” definitely did.

Natalie is a millennial architect living in a trashy part of New York City. She gets pushed around at work, doesn’t see her life amounting to much and has low self-esteem. Her apartment looks like a college dorm, she doesn’t have luck with guys (and has no idea her work buddy—played by Adam Devine—is into her), and she hates romantic comedies. Seriously hates them. Her issue is how cliché, cheesy, predictable and unrealistic they are (more specifically, “lies set to terrible pop songs”).

When she is mugged in a subway and smacks her head on a pole, she wakes up in an emergency room described as a William Sonoma. After the incident, she realizes life looks different—New York City has bouquets of flowers and cupcake shops everywhere. Her wardrobe and apartment have changed, she has an overly flamboyant gay best friend and she is being noticed by a hot Australian billionaire (played by Liam Hemsworth—who else could this be but a Hemsworth?). Her life has turned into the very thing she detests—a rom-com.

This movie exists to absolutely blast rom-coms. It calls out classic rom-com troupes: a glamorous and glossy New York City, kissing in the rain, unrealistically attractive love interests, a sidekick obsessed with the main character’s life, fashion show montages, voice-overs to explain character’s feelings, breaking up a wedding and yes, pop songs set to perfectly choreographed dance numbers. Seriously, how does everyone know the dance? All this is ridiculed in “Isn’t It Romantic.”

I appreciated the movie calling out rom-coms; rom-com is not my go-to genre (or something I ever really enjoy). This movie is fun in addressing stupid and unrealistic things most rom-coms do. There are plenty of good one-liners, and the positive message of loving yourself comes through.

However, it comes with flaws. With Wilson as the lead, you would expect to be laughing out loud for most of the movie. Unfortunately, while entertaining and funny, Wilson is not at her best. There are flat jokes and unintentional cring-worthy moments. This could be the writing not being worthy for how comedic and talented Wilson is, but the movie is not as funny as it could have been. It may also shame viewers who enjoy rom-coms and make them feel guilty and ridiculous for liking the genre. Even though the movie is spoofing rom-com troupes, there are a couple that find their way in and turn some parts into a stereotypical rom-com.

This movie is enjoyable but doesn’t quite reach the height it could have. Even with that, the performances are entertaining and it’s fun to watch a rom-com making fun of the genre. If you’re on the fence, Priyanka Chopra has a role, and there’s an entire end scene of Hemsworth dancing. Overall, a good movie to see if you hate rom-coms, and a cute movie to see if you love them. 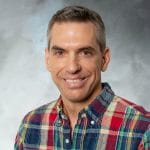