For those who have an ear for music, or for those who simply enjoy listening to sweet tunes, the upcoming Chamber Orchestra and Women’s Choir concert is the perfect venue. With a mix of movie scores, hymns and classics, the evening will be full of delightful sounds.

The Women’s Choir, under the direction of Susan De Jong, will present a program entitled “Rehearsing the Works of the Lord.” With their focus on singing of God’s wonderous works and faithfulness, they chose Psalm 111:2 which states, “Great are the works of the LORD, studied by all who delight in them,” as their theme verse. Their hope is, through their singing, the audience can also proclaim and recognize the works of the Lord.

“Through our concert repertoire, we desire to focus less on what we lack and more on the privileges we have,” said De Jong. “We sing God’s praise because we cannot remain silent.”

The choir will be presenting music by Elaine Hagenberg, Matthew Culloton, Mark Hayes, Craig Courtney, John Rutter, J.S. Bach and more. Both De Jong and choir member, Abby Van Peursem, chose “Silence the Stones” by Craig Courtney as their favorite piece as it talks about our praises to God. The text, coming from Luke 19, focuses on Christians professing Christ in all theydo.

“God is to be glorified, and even the stones cry out,” De Jong said. “This is a wonderful reminder that so great are the works of God that those who know them cannot help but proclaim them publicly.”

Preparation for the concert began last summer when De Jong started selecting literature, but the Women’s Choir didn’t begin practicing until this semester. They’ve been practicing for two hours a week since January, not including the extra sectional rehearsals and individual practice hours the students have put in. The choir practices have been a highlight of many students’ semesters as they enjoy their time with friends and the director.

“Mrs. De Jong does an outstanding job teaching us and is so compassionate and kind with us,” Van Peursem said.

The Chamber Orchestra is also performing at the upcoming concert, presenting “Nimrod,” the ninth variation from Edward Elgar’s “Enigma Variations,” along with “Danse Infernale,” and “Berceuse and Finale” from “The Firebird Suite” by Stravinsky and more. They will also perform the classic hymn tune of “St. Columba” by Sir Henry Williams Baker, featuring a solo by senior Ellie Bleeker.

Bleeker looked back on her time playing in NW’s orchestra as memorable and an amazing chance for her to expand her skill on the violin. This year’s music has been especially fun for her to perform, and she hopes the audience will love it just as much.

“We are playing the ‘Pirates of the Caribbean ‘soundtrack, which is super fun to listen to,” Bleeker said.

The concert is at 7:30 p.m. Saturday, April 13 in Christ Chapel. The concert is free and open to the public. For students not participating in music, it gives them a chance to support the department and enjoy a delightful evening appreciating the beauty of sound.

In the words of De Jong, “Imagine a world without music. The silence would be deafening.” 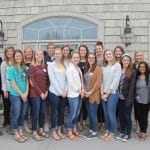 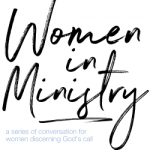