Much anticipated film that still fell flat in theaters

The film adaption of Delia Owens’ hit novel, “Where the Crawdads Sing,” finally hit the big screens in mid-July of 2022. Directed by Olivia Newman, this movie received a mix of reviews from its audience.

The book was published in 2018 and captured the heart of many readers. The popularity surrounding the best-selling novel combined with Reese Witherspoon’s role as producer and the feature of the new song “Carolina” written and performed by Taylor Swift, made the release of this film widely anticipated. This created an almost insurmountable task that left many fans skeptical of the creators’ ability to achieve a satisfactory cinematic experience.

One aspect of the movie that was executed well is the setting. The marsh and its harmonic clash with the town of Barkley Cove was depicted perfectly. It is certainly well-modeled after the descriptions within the novel from Kya Clark’s shack to the deadly fire tower.

Another thing that was certainly done well in this film is casting. Daisy Edgar-Jones is a compelling lead character and shows incredible depth as she portrays the complex Clark, also known as the “Marsh Girl.” Showing fear, confusion and yet complete resolution and determination is not an easy task to accomplish. However, Edgar-Jones rose to the occasion and did a phenomenal job.

Taylor John Smith and Harris Dickinson take on the two male leads and portray Clark’s love interests in the film. This duo creates the perfect conflicting dynamic that readers of the book were hoping for.

Smith plays the lovable and sweet Tate Walker who befriends Clark as a young girl and develops into a romantic flame as they grow older. He creates the perfect balance of compassion and protectiveness that is needed in Walker’s character.

Clark’s abusive boyfriend and victim of the Barkley Cove murder case, Chase Andrews, is portrayed by Dickinson. He fits the book’s description of having a double-sided personality that can flip from sweet to violent within seconds. This made the character easily hated by the movie’s audience which is exactly what was needed to play Andrews’s character well.

There are a few instances where the film falls short. One of these areas is the plot line itself. It seems to jump from the present-day courtroom to Clark’s past in the marsh without much rhyme or reason. Without knowing the timeline by reading the book, it would be difficult for one to understand the full picture of Clark’s life. Even with this issue, it does not by any means ruin the book or the storyline itself.

Many movies are able to jump back and forth successfully on a timeline, but “Where the Crawdads Sing” just does not do this effectively. This might be due to the fact that the courtroom and jail scenes are unengaging. It is quite uneventful and dull for a murder trial where the prosecutors are implementing the death penalty on a guilty sentence. Even the final statements, which in any good courtroom scene are passionate and moving, fall flat of expectations.

The ending of the movie also created quite a fuss among viewers and readers alike. Though the ending will not be discussed in this article, it is undisputedly the climax of this story and it quite rushed in the film. It seemed as if time was running out and was just thrown in the last few minutes of the film rather than taking the time to unpack the weight of the conclusion.

Aside from these few shortcomings, including a plot that seemed sluggish at times, this movie was done well and it gave the proper respect to Owens’ beloved book. It was a truly heartfelt drama that captured the drama and love story of a girl whose first love was the world itself. 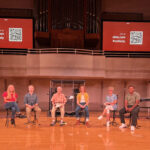 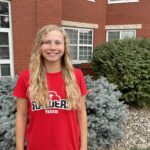