Back in November, Mumford and Sons released their fourth studio album, “Delta.” The album was the result of the band’s musical experimentation to explore a new sound, and the jury’s still out on if the result is positive or negative. In 2009, the band released their first studio album, “Sigh No More.” After 10 years of releasing music, are Mumford and Sons still trying to conform their sound to the masses?

Fans of Mumford and Sons think of one thing when they hear the band name: the banjo. Past albums have been characterized by a distinct folk sound using acoustic instruments such as guitars, pianos, mandolins, double basses and banjos. Listening to their songs is an uplifting experience. A majority of their tracks start off slow and dreamy, with only lead singer Marcus Mumford and minimal instruments. With a crescendo of intensity, the tracks turn into an aggressive and fierce tour de force of folk sounds.

Their lyrics have always been deep and compelling, speaking the complexities of faith, love and life. They also feature heavy literary influences — references to Shakespeare, Homer, G.K. Chesterton and John Steinbeck have been made. In short, Mumford is a solid band with outstanding lyrics and a sound you don’t hear anywhere else.

The release of their third album, “Wilder Mind,” in 2015 divided the fans. The tracks did not have banjos or that giddy acoustic sound – it was replaced with electric guitars and electronic instruments. It was a popish album. Some fans hated the new sound; others appreciated the band’s experimentation.

“Delta” is a similar concept. The band is obviously conducting a wild experiment with new sounds and lyrics. The acoustic instruments and banjo have returned but have been drastically altered so the folk sound isn’t there. The new sound is electronica, jazz, rock and pop. The album is missing some of the joy from past albums. Compared to their past work, “Delta” seems dull.

While the sound isn’t stellar, the lyrics are still worth hearing. The theme of the album is in the name: a delta is where a river meets an ocean where there is a transition from safety to the wild. In the song “Wild Heart,” Mumford sings, “We saw birth and death.” Between the four members, they have experienced the various joys and tragedies of life, including the safe and wild parts.

This album focuses on what band member Ben Lovett described as the four D’s: death, divorce, drugs and depression. The lyrics on “Delta” deal with increasingly harder and hopeless topics than in the past. Mumford sings about running from a stained past, suffering, having no hope in sight and even how finding peace is impossible. However, in the midst of this heaviness, he recognizes the necessity of others and the hope they can give. He sings about falling back on others, letting them guide him through the rocky roads of life and his commitment to caring and loving them forever.

“Delta” is a bit of a disappointment. It is important for bands to experiment and expand their sound horizons; without change and bringing in new aspects to music, bands and artists would be boring and never be challenged. However, Mumford and Sons has pushed it to the point of a sound experiment gone rogue – their distinct sound and identity is lost on this album 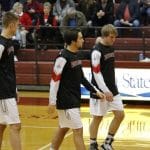 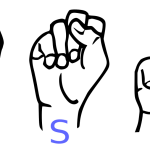