This weekend the Women’s Choir and Orchestra are offering their spring concert, which will be Friday, April 23, in Christ Chapel at 7:30 p.m.

The Women’s Choir will be performing before the orchestra with several pieces, conducted by Dan Sailer. Sailer is in his second year with the Women’s Choir and also teaches some percussion as well. Two of the first pieces are, “Were You There?” and “Enter Into Jerusalem.” The percussion ensemble will accompany the choir on the latter piece, with marimba and steel drum.

Along with these pieces, they will also be singing “Ave Maria” by Zoltan Kodaly, “I Bought Me a Cat” by Aaron Copland and “For the Beauty of the Earth” by John Rutter. All of the selections carry upbeat tones and rhythms, and convey a feeling of bouncing up and down to the atmosphere.

Elise Petty, junior modified music major and member of Women’s Choir, feels confident and prepared going into the concert. She selected “For the Beauty of the Earth” as a highlight of the setlist.

“We take the earth for granted all the time, and don’t stop to ‘smell the roses,’” said Petty. “This song reminds us that God created the earth and reminds us to stop and thank him for the amazing place he has given to us.”

The arrangement holds a light and fantastical tone that flowers would bloom to.

The orchestra performance will follow Women’s Choir and is directed by Dr. Kang. They will be performing “Romance Cantabile in E minor” by Ludwig van Beethoven, “Capriol Suite” for String Orchestra by Peter Warlock and “Symphony No. 41 in C Major, K.551” by Mozart, which is also known as his Jupiter Symphony.

Samantha Monsma, sophomore music major and orchestra member, is also ready for this concert. Her favorite song being performed is “Capriol Suite.”

“It has so much variety between each of the six movements, which are all different styles of dances,” said Monsma.

Naomi Lief, freshman art major and orchestra member, echoes that choice for a favorite and said, “The six songs are very similar in style, yet very different in format. Combined, they create a musical masterpiece.”

Within the Orchestra’s performances will be several featured players. During “Romance Cantabile in E minor” by Beethoven, the bassoon, flute, and piano will be featured. Respectively, they will be played by members Elena Davidson, Clare Struck and Dr. Kang herself.

The music selected for the concert ushers in feelings of springtime and excitement to the listener. All three of the orchestral pieces carry a high energy of potential and excitement, yet are balanced with sections of slower, abiding notes. All are very fitting for the coming spring season.

Among the various experiences available to students this weekend, the concert holds members buzzing with excitement. Having practiced the entire semester, the ensembles are eager to share what they’ve created. 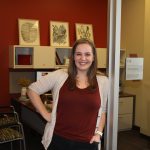 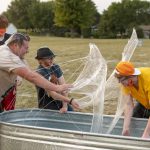