It didn’t take long for Chris Nachtigall to realize that he wanted to coach at the collegiate level.
“About halfway through my first year at the high school level,” Nachtigall said with a laugh. “I realized coaching was something I wanted to do full time. Spending time in the gym or on the field was the place I really enjoyed being.”
He now is making the most of his chance as the head coach of Northwestern’s softball team, a position he was hired for last May.
Nachtigall spent the previous four years of his career balancing the duties of athletic director, admissions director, head softball and head girls basketball coach at Iowa Mennonite School in Kalona.
Nachtigall is thankful for his years at the high school level, even noting that his coaching mentor was a fellow colleague  at IMS.
The timing was right for him to pursue his goal of coaching at the collge level. After the interviewing process with NW’s administration, Nachtigall liked what he saw in NW as a total college, and was drawn to its mission.
“You could see that it permeated throughout the whole institution,” he said, “not just a single department, athletics in my case. I wanted to be at a place that wanted to see the Kingdom of God advanced.”
On the field, Nachtigall is hoping that spectators will be treated to a high-octane brand of offensive softball with consistent defense, something he has already proved in his short time as a coach.
“I like to be really aggressive offensively, and try different things,” he said. “I like to keep the defense off guard and base runners that are going to be really aggressive with stealing and taking extra bases. [That] is what makes fast-pitch fun to me.”
The jump from the high school ranks to college is a hard transition for some coaches, but Nachtigall feels he has been well-prepared for the increase in work.
“The athletes are better, and there are more of them,” Nachtigall said. “But the little stuff that comes with coaching, the stuff that some coaches don’t like doing, that doesn’t bother me at all.”
Strategy and rule changes aside, Nachtigall is above all else excited for the relationships and opportunities to interact that coaching provides, and hopes that his players will learn team values under his leadership.
“First of all, hopefully we have challenged our players academically as an institution and also in softball,” Nachtigall said. ”Secondly, I hope that we challenge them spiritually through team Bible studies and different things like that. Finally, we hope that they know the game of softball really well, and they become the best player they can be.”
Nachtigall will continue to add to his legacy as the team travels to Sioux City for five games on Friday and Saturday. 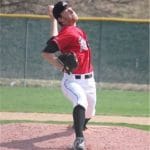 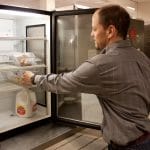