On Wednesday, April 25, Director of Intercultural Student Development Rahn Franklin will be presenting his NED Talk, “Cultural IQ: Christ Against Culture?” There will be three points of discussion within his talk: cultural intelligence, how Jesus crossed cultures and how we are called to do the same.

Franklin will be offering knowledge as well as different view points on three ideas that are not talked about or mentioned enough in today’s society.

Franklin has always been interested in finding ways to follow Christ and participate in his redemptive work, which is something that he said “always looks different when dealing with the intentional diversity of God’s creation.”

The topic of diversity is not new to campus NED Talks this year. Franklin’s upcoming talk will complete the four-part series on Culture Making. Inspiration for this series came from Franklin’s doctorial studies in leadership, education and cross-cultural studies. Franklin believes the combination of all three is exactly what the world needs most right now.

“My deepest interest with this series was to align with God’s redeeming work toward Shalom where all of creation is moving into right relationship,” Franklin said, “one where people are thriving together in community and in love.”

Diversity is not a new concept to NW because the campus itself is full of different cultures and students from all around the world. There is the International Club, La Mosaic multicultural student association and other organizations where students come together to embrace their varying backgrounds, not only to grow with one another in their differences, but also to grow closer to God. These groups acknowledge the fact that God intentionally put a wide variety of ethnic groups on this earth to take place in his redeeming work and are welcoming all to join them in their journeys.

The upcoming talk is one no student should miss. Franklin’s goal is not just to give students another NED Talk to attend or to simply share information directed toward specific people, but instead to benefit every student on campus and provide a spark of freedom to celebrate and discern in embracing the call to co-create and co-cultivate as one community at NW.

Franklin hopes that as we draw nearer to God, we strive to draw near to each other, recognizing that the differences we find between us may be just what we need to better understand who God is.

Franklin will present his NED Talk at 10:05 a.m. in the Vogel Community Room. 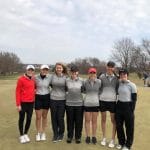 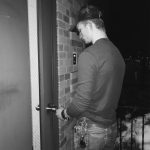