For years, Clash of Classes has been a greatly anticipated event on campus. Over the course of a weekend, freshmen, sophomores, juniors and seniors compete in various events with only one class being crowned the victor.

This year, however, Clash of Classes will look a little different as it takes on a new name — Residence Hall Rumble — and structure to follow COVID-19 guidelines.

Each residence hall will be assigned a team color: Fern

will be green, Steggy will be blue, Hospers will be orange, Coly will be red, North Suites will be purple and the Bolks apartments and Courtyard Village will be black.

As for the events, some slight changes have been implemented with the goal of having minimal contact with other units.

The competition will kick off on Friday night with the first round of Water Balloon Sand Volleyball. Teams will consist of four members from each dorm. They’ll be given half of a bed sheet to use to catch and launch their water balloons.

Teams can earn points in one of two ways: the opposing team fails to catch the water balloon on their sheet, or the balloon explodes. The top three teams will compete for points on Saturday night.

Saturday starts with the Ribbon Dance at Christy Cross. This event is the same as in previous years, except that no extra points will be given for co-ed teams.

Following the Ribbon Dance will be an intense game of Rock Paper Scissors. This event is laid out in bracket form with single eliminations. A max of 10 students per hall will be allowed to sign up for this event.

The Trike Race will then ensue with a few modifications. This year, the race will be in the form of a relay. However, in order to continue the next leg of the race, the teammate must disinfect the trike before passing it along. This event requires four members per unit.

The last event of the night is a giant game of Ping Pong toss where plastic cups are laid out similar to a dart board. Three different kinds of plastic cups will be laid out, each with their own point value. For this game, there is no limit to the number of participants per hall, but each participant is granted only three ping pong balls to compete with. This is a come and go event.

Finally, the Slime Fight will be the spectacle of the weekend. For health and safety reasons, this event has been organized as a relay race with each team running parallel to each other.

The goal is to fill your team’s tank as quickly as possible. The winner of the Residence Hall Rumble will be announced at the Slime Fight. At the end of the Slime Fight, each student must be hosed down before leaving.

No Slip n’ Slide will be available this year due to potential exposure to COVID-19.

Masks are strongly recommended to be worn during these events but are not required. Before participating in any of the games, the use of hand sanitizer and disinfectant will be expected and social distancing encouraged. Another change is that masks will be awarded to winning students at the conclusion of each event instead of the traditional t-shirts. Masks will be available in each unit’s color. 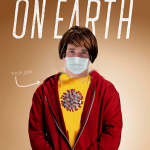 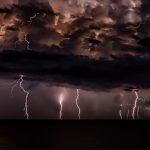