Northwestern has several clubs that celebrate diversity and provide exposure to different backgrounds. New to campus this year is a club called M’Afrique which focuses specifically on African culture.

Senior Russell Kleinveldt and junior Patricia Daka are co-presidents of M’Afrique. Both have experiences that contrast considerably with growing up in Northwest Iowa. Daka is originally from Zimbabwe and moved to Bahrain at the age of 12. Kleinveldt grew up in South Africa and also lived in the Middle East.

“Here at NW, there aren’t a lot of African students,” Daka said. “Out of all the international students, we’re the least amount of people here. The reason why this club started up was to educate people about African culture and the political situation.”

Part of M’Afrique’s mission is to eradicate misperceptions of Africa.

“Every time you see the news, it’s always something negative,” Daka said. “They portray African countries like all of us are so poor, we all live in slums or villages where we don’t have proper water. But for some of us, we didn’t grow up in that kind of area.”

The club’s leaders hope to help prepare students before they go on service projects and mission trips to Africa by giving them a more accurate picture of where they are headed.

“A lot of the nursing majors go off to Africa,” Kleinveldt said. “We thought it’d be helpful if we were able to take off the stress of going to this place that they’ve only seen (portrayed) on TV as not necessarily a bad place but a really harsh environment. We’d be able to tell them it’s more than what they see on TV.”

Daka said she is also looking forward to prepping students for work in Africa.

“One issue that I find (is) that every time you have students go over to Africa to help, they’re always sent to the poor parts, and that’s not how Africa is,” Daka said. “All the African students who are here, we all grew up in different environments and settings, and that’s never showcased. No one knows about it.”

Another objective of M’Afrique is to connect with community members who have adopted children from Africa.

“One thing I’m really kind of excited about for this club is the fact that, here in Orange City, there are a lot of people with children who are adopted from Ethiopia,” Daka said. “We want to do a mentoring program to teach them about the African culture. Yes, they were adopted into American culture — that’s their new family — but still they need to know exactly where they came from.”

However, Kleinveldt said that the mentoring program is a ways down the road.

“We’re just trying to figure out a way to approach this situation properly because some people might take it offensively,” Daka said.

M’Afrique’s presidents emphasize the fact that all students are welcome to join the club.

“When people hear it’s an African club people automatically think it’s only for Africans,” Daka said. “It’s not like that at all. We’re welcoming everyone with open arms. It’s for anyone who’s interested; anyone who wants to learn, get to know us and hang out with us.”

Kleinveldt encouraged students to ask any questions they may have concerning African culture.

There will be an opportunity to learn more about M’Afrique at the club’s booth at Morning on the Green from 9 until 11 a.m. on Saturday, Sept. 28. Neither Kleinveldt nor Daka would disclose anything about their booth. 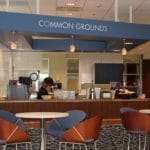