Over the course of the last few years, Northwestern’s campus has made several significant renovations. In the fall of 2018, the science center opened, last year VPH went through many renovations and this fall the campus opened its newest building, the welcome center. Next on NW’s list for renovation is the building of a new women’s suite-style dorm.

According to Kent Wiersema, NW’s Vice President of Finance and Operations, the building of the new women’s dorm will complete the current phase of NW’s Campus Facility Master Plan, which was approved by the Board of Trustees in 2012.

In reference to the choices on what buildings will be renovated or built according to the plan, Wiersma said, “[The buildings] are identified through Strategic Planning Initiatives, as well as through Needs Assessment.”

The new dorm will be built north of the Learning Commons, and so its creation will require the demolition of two buildings with a great deal of history on campus: Kepp Hall and Vander Hill Cottage which is known to most students as the Koinonia House.

Kepp Hall specifically used to house several academic and administrative offices, so its impending demolition was one of the reasons for building the welcome center which provided additional office spaces for the campus.

The demolition of Vander Hill Cottage and Kepp Hall is currently slated for the second half of the calendar year, probably around or during the fall semester. After the site is cleared, the college hopes to begin construction of the new women’s dorm in the first semester of 2023 and estimates that the building would be ready for students to move into in the fall of 2024. Once construction of the women’s dorm is finished and occupied, Colenbrander Hall will be demolished and Fern Smith Hall will become a men’s dorm.

Because the completion of the women’s dorm and demolition of Colenbrander Hall is the last stage of the current Campus Facility Master Plan, in 2025 the college will begin meetings to update or revisit the plan for the next decade. Currently, additional renovations on campus concurrent with the dormitory projects include the second phase of the Bultman Center addition.

Since the new women’s hall is estimated to open in the fall of 2024, as long as fundraising and construction stay on track with the proposed timeline, it is likely that out of the current students, only this year’s freshmen class that will experience these changes in student housing. The rest of the student body can rest assured that they will be allowed to finish their college career in Fern Smith Hall or Colenbrander Hall should they choose. Prospective NW students, however, can look forward to these exciting new changes on campus. 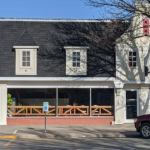 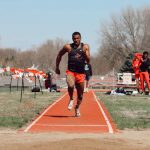