This year Northwestern and the Campus Ministry Team have partnered with Partners Relief and Development for the Amar Project. This project’s mission is to rebuild schools that ISIS tore apart. NW aims to raise $14,000 to rebuild a school.

Last year, Tanner Smith introduced NW’s campus to Partners. Tanner was, at one time, on the pastoral staff at first Sioux Center. He mentioned, while speaking at chapel, how an elementary school in Michigan had raised $14,000 to rebuild one of the schools.

Hearing this and having time after chapel, some of the NW staff along with Jemma Farabee, Tim Czirr, and Cole Mills, Justice and Service Coordinators, had lunch with Smith and began asking questions on how NW could do this.

Over the summer, Mark DeYounge and Patrick Hummel started working with Smith to prepare a website and get everything lined up to launch the fundraising campaign for the Aug. 23 chapel., causing the combining efforts of NW and Partners to build schools in the Middle East.

“We have collected $17,590. Once all the remaining student pledges come in, we will have collected over $31,000,” said  Patrick Hummel, director of missions.

“We’re a community that is very blessed with excellent faith-based and secular schools in the area; these kids don’t even have the option to go to school,” said Jemma Farabee, a sophomore nursing major. “We sometimes forget that outside our safe Midwestern bubble, there are a lot of hurts that we can help alleviate with minimal personal discomfort.”

With the current amount raised, two schools will be able to be built for the children in Syria, doubling the initial planned impact.

There is still time to be able to contribute to the project by donating online at nwc.partners.ngo or you can give in person and leave it with Tanya Vaas, ministry administrative assistant, in Ramaker. 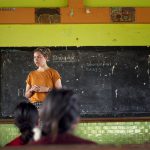 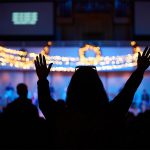