NW earns win in first round Northwestern used a strong offensive performance to defeat Concordia 107-87 in the first round of the GPAC Tournament. Both teams played well from the start, but it was the Raiders who used their hot shooting to extend their lead in the second half.

NW and Concordia exchanged the lead seven times in the first half, with Concordia’s largest lead being six points. However, NW capitalized on a 9-2 run to take a 50-42 lead going into halftime. From there, they never looked back, extending their lead to as many as 22 points late in the game. The key to victory for the Raiders seemed to be found on the bench. NW’s bench outscored Concordia’s 33-0.

The Raiders were led in scoring by seniors Nathan Wedel and Riley Francis, who each scored 25 points. But the scoring did not stop there – NW shot 63.6% from the field, including a 57.1% 3-point percentage. In addition to their scoring output, NW outrebounded Concordia 27-17.

Next, the Raiders will be matched up with 7th-seeded Doane in the GPAC Semifinals on Saturday in Orange City. NW went 2-0 against Doane in the regular season, defeating the Tigers 97-57, and most recently, 86-79. Doane defeated Briar Cliff, 85-84, Wednesday night. Briar Cliff is currently ranked ninth in the NAIA. NW improved their record to 24-5 overall and has won seven of their last eight games. That momentum could be crucial as the postseason moves along. NW is looking to make their second straight trip to the GPAC Championship Game, as they defeated Briar Cliff 95-89 in the GPAC Championship last year. 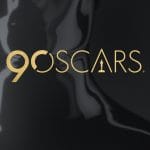 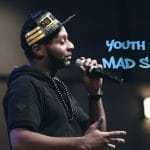