The Red Raider football team played at De Valois in Stadium in orange city last Saturday against Dakota Wesleyan. The home-opener doubled as Senior Day; the 15 seniors chose to support the Doon, an Iowa-based non-profit S.A.L.U.T.E. on the day as well. Last year’s matchup in Mitchell, SD saw Northwestern come home with a 52-7 victory, and the scoreboard was once again well used by the Raiders in this year’s meeting.

Freshman Eli Stader kicked off the scoring on the Raiders’ opening drive of the windy autumn day, knocking through a 37-yard field goal to end a short six-play drive. While the Tigers of DWU came hoping to put up a fight, it wasn’t long before they began to look harmlessly tamed. Three of the next four NW drives lasted only two plays, resulting in touchdowns of 73, 70 and 91 yards as senior Tyson Kooima racked up an absurd 272 passing yards on just eight completions during his half of play. The Raiders defense held tight as well, holding DWU to four punts and a turnover on downs during their first half possessions. head coach Matt McCarty said,  “Our players responded well from a tough setback in week one. They put a great week of work in and really controlled the game from the start.  It was great to see several different players step up and make big plays for us.” Holding a comfortable 29-0 halftime lead, the second half saw some fresh faces on the field for the Raiders. Freshman Logan Meyer took advantage in the third quarter as he cruised 73 yards to the house on his first touch of the game. NW’s final two touchdowns came in the fourth quarter, with redshirt sophomore Blake Fryar finding senior Canon Flores for a 32-yard score and senior Drake Brezina punching in his first rushing TD of the season.

The Red Raider defense was led by linebackers Trevor Rozeboom (senior) and Tanner Oleson (junior) as they both recorded career-highs of 10 tackles. Sophomore Jadyn Williams recorded his first career interception as well.

The Raiders find themselves with an extra bye week as this Saturday’s game in Jamestown was postponed. NW will be back in action on Oct. 3 in Sioux Center against Dordt next week. 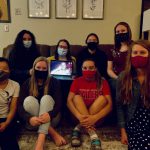 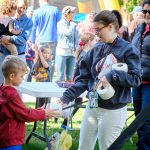