It was anyone’s game in the first quarter, but the Raiders came out on top with a win against the “rival” Dordt Defenders last Wednesday, Jan. 27. Northwestern won 81-67 in the Bultman Center achieving their seventh win of their 2020-21 season. The last time NW played Dordt was at the Defender’s home turf where NW suffered a 94-89 loss. Their only other loss this year has been against Concordia, where they fell 81-74, but since then they have bounced right back and continued their winning streak.

With a quick start to the game, the visiting Dordt Defenders began in front 16-11 after a three-pointer by a Dordt player with 12 minutes left of the first half. Although, NW responded well with a 26-5 run where they held the Defenders to only two field goals over a nine-minute stretch to take the lead for good, 37-21.    During the Raiders run, junior Craig Sterk scored 11 points, including a couple three-pointers, as well as five others of his teammates putting in at least two points over the nine-minute time period. NW led by 14, 44-30, by half time.

The Red Raider offense was powerful in their momentum throughout the game. Freshman Alex van Kalsbeek led the team against Dordt with 19 points. Senior Trent Hillbrands was right behind van Kalsbeek with 18 points, followed by Sterk who scored 15 points and senior Jay Small with 10 points.

With the great performance from the NW Raiders, their lead quickly escalated to 21 points, their largest of the game, following a basket by Small at the 12-minute mark in the second half. The Defenders attempted to close the gap but the Raiders did not let Dordt any closer as senior Isaac Heyer drained four straight free throws during the final 60 seconds of the game.

“As a senior, playing Dordt never gets old,” Small said. “The atmosphere and the intensity of the game always seem to rise. Coming out on top and being able to keep this winning streak going felt really good.”

Saturday, Jan. 30, the Raiders were on the road to Midland where they added another victory, 85-56. Their record improved to 12-5 in the conference and sits alone in fourth place in the current GPAC standings with three games left in the regular season. They look forward to continuing their success as they host Mount Marty on Saturday, Feb. 6. 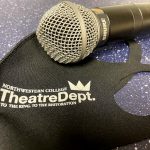 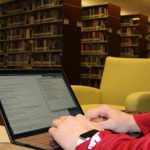