One of many controversial lines from this year’s fall production “The Crucible” by Arthur Miller says, “Life is God’s most precious gift; no principle, however glorious, may justify the taking of it.” The scene is set in 1692 Salem at the start of the witch trials. Many people are accused, and the town is descending into chaos.

All of this turmoil is portrayed by a cast of twenty, myself included. We have been rehearsing since October, and it has been a blast. Even though the content can be dark, there are so many times I have burst out laughing during rehearsal. Our director, Robert Hubbard, loves to make jokes during scenes, which makes it hard to stay in character. He also brings hacky sacks which we all participate in. The games have even ended up with it flying off the stage and bouncing off an actor.

I especially enjoy the community sense of warm ups. Every night, we start with all the cast coming together to play acting games with odd sounds or strange motions. I have learned quite a few new acting warm ups that I had never used in high school or community productions in the past. They are honestly one of my favorite parts of each rehearsal. We all know that we are going to look weird and probably mess up on the improv parts, but that is what makes the whole experience fun.

At the end of warm ups, we settle down for a moment of prayer. Everyone squeezes into a circle and holds hands and then someone volunteers to pray. With so many new and old friends in the cast, I have become connected to each and every one of them through this time. The prayers are all heartfelt and honest about the show, how much homework everyone has or how great a God we worship that hears praise through performances as well as prayer. Though unexpected, I have grown in my faith from just being in this production with so many wonderful Christian peers.

Through watching rehearsals and going through different parts of “The Crucible,” I have found there is more to the show than just witches and trials. There is a depth that brings into question what is considered too horrible of a sin to warrant death and how much power structures hold in society today. Though “The Crucible” is set over 300 years ago, that does not mean it is not relevant for today. For instance, every college student like myself has grown up in a world filled with school shootings and church bombings. Horribly, I feel dissociated from the pain and heartbreak of it all after being surrounded by these my entire life. Being in this production has put all of these events back into perspective. Theater has a way of doing this because we are more open to accepting grief and discomfort than in reality.

I encourage all students to come to the show, not only to get a new perspective on life, but also just to enjoy a phenomenal show put on by a marvelous cast that portrays the characters with immense accuracy. Also, you will be able to meet some new freshman theater faces that will hopefully show up in the future as well. However, do not avoid coming for fear of the content. I promise you will laugh at Giles Corey’s one-liners and at Reverend Parris with his awkward nature. Order tickets to multiple shows, support friends and peers and fully take in the entirety of this deep, dramatic production. The show starts on Nov. 9 and continues until Nov. 17. I hope to see you all in the crowd! 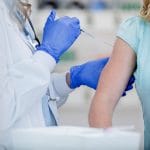