The rising cost of college tuition is something many students worry about.

With tuition consistently increasing, some students question whether they can afford a quality college education. Many at Northwestern want to know why tuition continues to increase year after year and whether the school is doing anything to keep prices as low as possible.

“I’m not a big fan of how much it costs to go to college, specifically a private college,” junior Josh Hollinger said. “But it’s a systemic problem resulting from the government subsidizing higher education. I don’t know the ins and outs of NW’s finances, but I would bet there’s no easy way to avoid tuition increases.”

According to a survey of 445 colleges conducted by The National Association of Independent Colleges and Universities, tuition at private, nonprofit colleges rose 3.9 percent for the 2012-13 academic year. This was the lowest increase in tuition in at least 40 years. In comparison, NW’s tuition increased 4.5 percent for the same year.

“People look at the posted tuition rate, and they forget about the fact that we also do a lot of scholarships,” Lesage said. “We’re actually giving first-year students an average of over 50 percent of tuition back in scholarships and grants. So what we have to work with is actually half of what we say tuition is.”

Lesage also said students are in an environment in which every school offers discounts.

“Our tuition could be half of what it is, but if we do that, and no other college does, the academically gifted students are going to go to the other schools,” he said.

In other words, if NW discontinued its scholarship programs and gave everyone a base tuition rate, there would be no competition among students. Students with exceptional grades or athletic capabilities would not have as much of an incentive to choose NW because they would receive the same financial aid packages as students without such capabilities.

Similarly, students do not necessarily want to attend the cheapest school they find because they might believe they’re attending a second-rate school. If NW raises its tuition price, students are more likely to believe the school offers a higher-value education.

When compared with nearby colleges such as Dordt College, Morningside College and Buena Vista University, NW has similar overall costs. When taking each college’s financial aid programs into consideration, the schools’ tuition rates grow even closer in price.

“From a business perspective, tuition seems to be a fair price,” junior Chris Meyers said.

Some students question whether NW’s recent construction projects contributed to the increase in tuition. The Learning Commons cost $14 million, the North Suites cost $3.5 million, and the renovation to the four-court area in the fitness center cost $1.5 million.

Northwestern also plans to renovate the mini gym for an undisclosed amount.

Lesage wanted to assure students that the rate at which tuition increases has nothing to do with what NW chooses to build or purchase. The Learning Commons received 100 percent of its funding from donations.

“The money for the mini gym was money that the board (of trustees) made available from accumulated savings, and we received some significant gifts,” Lesage said. “It’s not coming out of the tuition money that students pay”.

Ultimately, students can remember there’s a lot more to consider than base tuition costs when examining the overall cost of attending a private college. 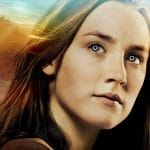