Senior Katie Landhuis met the auto mark in the 800m, placing fourth with a time of 2:16.2. Landhuis, the national runner-up in the 800m in 2017, currently has the third fastest time in the NAIA and the top time in the GPAC.

Junior Rebekah Muilenburg finished second and met the provisional mark in the 600m with a time of 1:36.79, less than a second behind the race winner. Muilenburg has the fastest time in the GPAC in that event.

Senior Sarah Lunn turned in the final first-place finish, winning the 3000m with a meet record time of 10:31. Lunn has the top time in the GPAC. NW totaled 14 points and finished fourth among the 18 women’s teams competing. The Raiders won two events and posted six top-10 finishes.

The Red Raider men’s team finished 14th out of 20 teams with four points. Senior Tim Rose placed third in the mile, crossing the finish line with a time of 4:19. Senior Aaron Lemon and freshman Joshua Van Dusseldorp finished fourth and 10th, respectively, in the 600m with times of 1:22.48 and 1:25.35. Junior Peter Hollinger and junior Caleb Benzing posted a pair of top-10 finishes in the 800m. Hollinger placed fourth out of 26 athletes with a time of 1:57.4. Benzing won his heat and finished eighth overall with a time of 2:00.78.

The NW team will compete in the Dennis Young Classic next weekend in Storm Lake, Iowa. 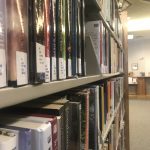 Hot reads for a cold night in OC 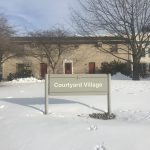