This past June, a ray of hope broke through the overcast skies of the immigration battle that has been long clouded by complex policy and gridlocked

For an estimated 2.1 million youth living in the U.S. without documents, the release of the Deferred Action for Childhood Arrivals (DACA) program marked a step toward legal residency.

From the perspective of many people within Northwestern’s social work department, the DACA program is relevant to Orange City.

“The area we live in has such a growing number of Hispanics,” said senior Pedro Ruiz.

When the Community Development class was approached by local nonprofit Center for Assistance, Service and Advocacy (CASA) with the idea of organizing and hosting a DACA clinic, they agreed to take on the project.

“They didn’t have anyone to organize and set it up,” Ruiz said. “We were just in the right place at the right time.”

The upcoming DACA clinic is hosted by NW’s senior social work majors in conjunction with CASA and Iowa Justice for Our Neighbors.

The program allows for youth brought without documents to the U.S. before they were 16 to apply for a temporary residence.

Eligablity hinges on a number of stipulations and has a hefty application fee but provides documentation for work authorization. That work authorization does not provide federal aid for undocumented students but will allow them to work and use their diploma or degree.

“We called high school principals and churches,” said senior Angie Sas. “There are a lot of high school students who will qualify.”

The clinic is an attempt to close the gap between the opportunity of the DACA program and the reality of the legal process.

Attorneys well-versed in immigration law will be available to help applicants get their documents together and let them know if they are eligible for the program.

Organizing the clinic has proved to be a rewarding challenge for the group.

“If Romney was elected, there was fear that he would use or make public the lists [of DACA applicants],” Ruiz said. “Now that [the election] is over, there is a lot less fear. It won’t be taken away.”

Lingering fear has caused applications for the clinic to stream in slowly.

“Fear was a big deal before the election,” said senior Tayler Kelly. “We want more applicants.”

The students faced other challenges when advertising in the community.

After Luanne Keith sent a zz-student email to the campus body, students responded en masse to help with the event.

The class was encouraged by the response of the student body.

“This is something that really affects people’s lives,” Raab said.

In the end, the goal is for the clinic will meet an underserved need in our local community.

“We want to help as many people as possible,” said senior Sean Guthmiller. “But even if just one comes in, we’ve still helped one person. That’s important.”

The DACA Clinic will be held from 10 a.m. until 4 p.m. on Saturday, Dec. 1, at Christ the King Catholic Church in Sioux Center. 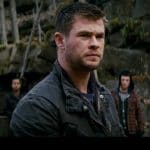 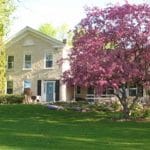