After Friday’s 60 meter hurdle preliminaries, junior Kenzie Keune finished with the 26th fastest time clocking, in at 9.21 seconds. Saturday’s final was won with an 8.68. Senior Rebekah Muilenburg also competed in an individual event, running the 600 meter. Muilenburg was just short of finals, running a 1:36.98 and placing 11th.  The 600 meters final was won by a freshman from Southern University New Orleans who ran a time of 1:32.54.

On the men’s side, Friday preliminaries opened up with freshman Justus Adams, who finished in the 25th spot in the 60 meter hurdles.  Adams crossed the line with an 8.54. First place in finals on Saturday was won by a freshman from Milligan College in Tennessee, with a 7.81.

Junior Jackson Johnson jumped over the bar on Friday finishing 10th in the nation with 2.02 meters.  The winning jump was a senior from St. Francis Illinois at 2.08 meter. Senior Peter Hollinger ran the open 800 meter run placing 12th with a 1:56.19.  Saturday’s 800m run finals was won with a 1:52.50 by a senior from Cumberland in Tennessee.

The women’s 4×800 meter relay team, consisting of junior Katrina Engebretson, junior Kelsey Lang, sophomore Hunter Koepke and Muilenburg, ran a 9:38.8, a time short of finals.  The winning team on the women’s side was Wayland Baptist, with a time of 9:11.19.

During the finals, the men’s 4×800 meter improved their time to 7:50.06. This time gave the Red Raider relay team All-American  statuses.

“Coach Carrie Krohn had our men ready to compete for each other” head coach Scott Bahrke said, reflecting on the achievement.

“We were blessed to compete in seven different events at the NAIA National Indoor Track and Field Championship. I was proud of the efforts and attitudes of the 14 team members that represented NW,” Bahrke said. “Their efforts and hard work during the season allowed us to tie or better our marks in five of the seven events at nationals.”

“This outdoor season, we hope to move up a spot at the conference championship in May compared to our indoor finish for both the men and women,”Bahrke said. “It is fun to add some personnel to our squad with basketball players and wrestlers joining us for the outdoor season.” 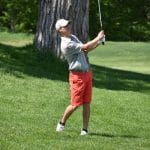 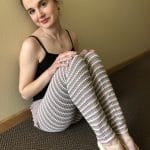