The men’s team finished fifth place among 11 teams with 55 points, and the women scored 64 points, placing them fourth out of 12 teams.  Of those points, 30 were scored by senior Rebekah Muilenburg, who took home first place in the 600m and 800m runs, as well as anchoring the 4×800 relay to first place.  Muilenburg edged out first in both her individual events by less than half a second, running 1:38.39 in the 600m and 2:21 in the open 800m.

On the men’s side, both senior Peter Hollinger and junior Jackson Johnson were all-conference runner-ups in their events. Hollinger took home second in the 800m run with a time of 1:57.5.  Johnson jumped 6 feet, 7.5 inches in the high jump for his second place finish.

Hollinger also anchored the 4×800 meter relay which finished in second place. Senior Caleb Benzing, sophomore Josh Van Dusseldorp and freshman Peyton Brasser also had legs in this event, which finished with a time of 8:00.8.

Sophomore Dylan Hendricks claimed all-conference in two events, running 4:30.1 in the mile for fifth place and 15:46 in the 5000m for fourth. In shorter distance news, freshman Justus Adams took third in the 60m hurdles with a time of 8.46, and senior Perkins Aiyegbeni took fifth in the 400, running 50.84.

The remaining qualifying Raiders will close their indoor season between Feb. 28 and March 2 at the NAIA Indoor Nationals in Brookings, South Dakota. 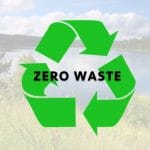 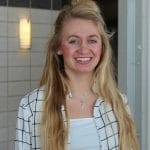