When envisioning a college sporting event, what do you see? Things come to mind like talented teams, screaming fans and the smell of popcorn. What else adds to that atmosphere?

That’s right, the band. They play out familiar tunes that electrify the field or court. Northwestern College’s very own Athletic Band continues this tradition of bringing energy and joy to those around them.

The band has an effect on players, fans, coaches and the band members themselves. For members, it is a place to relax, get away and have some fun.

For players and coaches, it brings energy to their games and to pump them up. Director Steve Connell tells of several encounters with players, coaches and fans who have thanked him profusely for the band.

The band is a tribute to the college that has even caused other schools such as Dordt and Morningside to instate pep band programs.

“We started with 15 members. Since there hadn’t been a pep band in several years, we started from square one and were just trying to figure out how it was going to work,” Connell said.

Former band member Hadyn Lee commented: “My first year was only the second year of the athletic band’s existence so we didn’t really have a set idea of what to do all the time, where we were supposed to be, what songs people liked, etc.”

By the end of his time at NW, the band was completely ingrained into the athletic traditions and confident in what they did. The band is in its sixth year and boasts over 50 members.

Athletic band is a special place for a lot of people. No auditions are held, which creates a mix of people from all corners of the NW campus.

Lee was one such member and expressed how thankful he was for the band. “[it] allowed me to connect with other students during my time at NW. I got to spend time with students and have fun playing music, even though I was not involved in our music department,” Lee said.

Others heavily involved in the music department simply want to have some fun and relax. This allows unlikely friendships to form between people with varying majors, backgrounds, and extracurriculars, which creates a certain beauty that one only finds at a place like NW.

Athletic band is a program unlike any other that knits together several aspects of the NW community. Through music, relationships and energy, it creates an atmosphere where anyone from fans to players to members can feel like they belong. 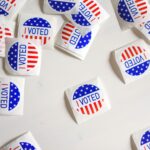 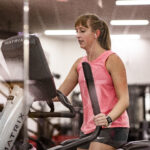 How to stay healthy on campus