We are about to finish our second week of the school year, and it is safe to say that most of us are still trying to get back into the swing of things. However, the men’s basketball team has had no problem picking up where they left off last semester. The men’s team is currently on an electric 7-win streak that started on Dec. 10 against Morningside and has stayed hot through their latest game against Midland.

The Raiders have had several notable games but none more so than their Jan. 7 game against Hastings. With a final score of 74-63, it is safe to say that the atmosphere in the Bultman center was like none other.

Going into halftime, the Raiders were falling behind with Hastings being up 31-27. Even though it was just a 4-point deficit, Coach Korver must have said something in the locker room that lit a fire under the team, because when they returned from the break, there was no stopping the Raiders.

In the second half, veteran guard Dillon Carlson scored 17 of his 24 points. Carlson’s impressive performance. in not just this game but throughout the season, brought him recent honors as GPAC men’s basketball player of the week.

Junior forward Craig Sterk had an impressive game as well. With 17 points, 13 rebounds, four assists, two blocks and two steals, Sterk earned his 12th career double-double. Sterk, who took a year off, recently returned to the court with Raiders, after using his two years of eligibility from his redshirt and covid year.

Sterk and Carlson both have been key contributors to the success of this year’s men’s basketball team. Each of them has scored over 300 points this season with Sterk notching his 300th point very recently and Carlson leading the team in scoring with 329 points.

Along with other key role players such as redshirt junior Matt Onken and sophomore guard Conner Geddes, we can only hope for more success as the basketball season goes on. You can make sure to catch the Raiders in their next home outing on Saturday, Jan. 21 against the bulldogs from Concordia. 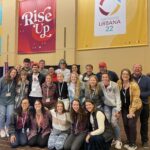 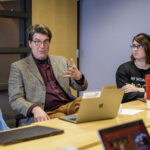