From the library to the cafeteria to the AV department, Northwestern students hold a variety of on-campus jobs. While it is often more typical at larger schools for students to work off campus, it is not usually the norm at NW. Beyond these hallowed halls, however, several students do work jobs around the community.

“I saw the ad on the Informer this fall as I was coming to school,” Garwood said. “I called them, inquired about the position, and they were just really nice people—really wanted to be flexible with my schedule as a student.”

Intrigued by the job and warmly welcomed by the owners, Garwood decided to give working at Woudstra’s a shot.

“It’s a lot of cleaning, getting your hands dirty, meat, knives, stuff like that,” Garwood said. “I worked in the cafeteria last semester, but just wanted to try something different.”

A few streets away from Woudstra’s, Sara Trease works at the Old Factory.

“I decided I wanted to stay in Orange City [this past] summer, so I started looking for jobs,” Trease said. “My brother told me Old Factory was looking for help, so I applied, got the job and I kept it over the summer and into the school year.”

Trease also works in the theatre department’s scenic studio, and Garwood is a student ambassador. On top of academics and other life responsibilities, working off campus can make time management a challenge. Additionally, Trease and Garwood agree it can be tough to work at places that do not run on the campus schedule.

“You have to be careful and practical about managing your time,” Garwood said. “Also, having an off-campus job is a little more difficult to schedule during breaks. Work-study positions understand you’re not going to be around, but off-campus jobs…aren’t going to just pencil in all your breaks.”

“I think the biggest challenge is trying to find people to cover shifts,” Trease said. “Like when I have night class, or rehearsals for a day, or a show.”

Despite the occasional scheduling speed bumps, Trease and Garwood both say working off campus has its benefits, too. One thing they are both excited about is the opportunity to interact with more people from around the community than they might otherwise.

“Being here at NW, sometimes you can just get to know NW people really well, and not see a lot of new faces besides students and staff or faculty,” Garwood said. “This job gives an opportunity to meet people off campus, which is cool.”

“I always work up front at Old Fac,” Trease said. “So I get to meet people that I normally wouldn’t meet.”

It means a few more steps away from the dorm, but for Trease, Garwood and multiple other NW students, working off campus provides a unique experience in the community. 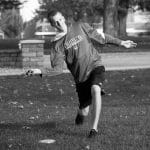