Netflix’s quirky and fun adaptation of Sherlock Holmes titled “Enola Holmes” released a sequel on Oct. 27, 2022. “Enola Holmes 2” has the full return of the primary cast from the first movie except the older brother Mycroft, played by Sam Claflin, and has a few new additions like Hannah Dodd, David Thewlis, Himesh Patel and Sharon Duncan-Brewster. Continuing shortly after the end of the first movie, Enola, played by Millie Bobby Brown, ventures on her own with a private detective business and takes on a case of a missing girl. As she gets further into the case, Enola discovers that the case is bigger than she realized and enlists the help of her older brother Sherlock, played by Henry Cavill  and some old friends.

The duology continues the spin off of the famous fictional character Sherlock Holmes written by Sir Arthur Conan Doyle. In “Enola Holmes 2,” Sherlock is given more of the spotlight and the audience gets a glimpse into this version of Sherlock’s world. One thing that stood out was the portrayal of Sherlock being a nurturing, older brother. Every other version of Sherlock either portrays him as his own entity with no familial connections or as a younger brother. At the end of the first “Enola Holmes” movie, Enola became Sherlock’s ward and this recent movie continues that relationship out on the field working mysteries and in their personal lives. From this relationship, a dynamic duo is formed, equally working together to solve the case.

Following its precursor, “Enola Holmes 2” focuses on the progressive topic of women’s empowerment through the work place, society and career paths. Enola’s education from her mother, played by Helena Bonham Carter, is evident in this movie as well as her determination to help those in need despite society saying she can not because she is a woman. Considering the time period in which it is established, Enola and women like her in the film are ahead of their time, which causes even more trouble. The movie’s primary plot is involved with the true event that was the matchgirls’ strike of 1888; when several British girls who worked for a matchstick making company demanded better working conditions. This inspired several other girls to do the same. Because of the time period and societal expectations, the women in the film challenge these ideals and expectations placed on them and push to overcome them.

Another example of women’s empowerment and representation that was refreshing was the casting choices for well-known and instrumental characters in the Sherlock Holmes world. In “Enola Holmes 2,” Moriarty, Sherlock’s formidable rival and equal was played by Sharon Duncan-Brewster. This casting choice is unique in the fact that Duncan-Brewster is the first black woman to play Sherlock’s nemesis. Here, Duncan-Brewster portray Moriarty as the calculating, smart, master gameplayer as opposed to the psychotic, violent villain Moriarty is when played by white males. Likewise, in the final minutes of the movie we finally met Dr. Watson who is played by Himesh Patel. This causes some speculation on whether the pair will get their own movie or if we get to see them in the next “Enola Holmes” movie.

“Enola Holmes 2” is a great continuation of the story of Enola Holmes because the plot is unique and fascinating, which shows the audience what is at stake if the Holmes family can not solve the mystery. The pragmatic, logical thinking of Enola adds comedy to and moves the storyline in a way that keeps the audience on their toes and lets them cheer for her successes. The film sends the message of women’s equality and empowerment and inspires the audience to be the change they want to see. With all of that being said, the movie’s only downside is that it is very long, a whopping two hours. 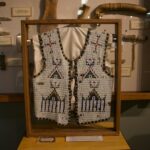 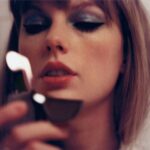