Everyone is familiar with the magical story of Dorothy Gale crash-landing in the wonderful world of Oz, and everyone remembers her journey to the Emerald City, her attempts to get back to Kansas and all of the wonderful characters Dorothy and Toto encounter while they are off to see the Wizard. But who exactly is this Wizard of Oz, and what makes him so wonderful?

“Oz: the Great and Powerful” is the story of how the “Wonderful Wizard” came to the land of Oz.

Before he became the man behind the curtain, Oscar Diggs (called “Oz” by those who worked with him) was a carnival magician, a con man and a womanizer. All that changes when he is whisked away in a hot air balloon by a mysterious tornado to a land of color, real magic and a prophesy that must be fulfilled. Oz is reluctant to fulfill the prophecy, but he is soon convinced by Glinda, the beautiful Good Witch of the South. He’s also persuaded by the promise of a throne and a kingdom and a room bursting with gold and rubies.

Although some might cringe at the idea of making a prequel to a beloved classic, there is plenty to like about the film. Oz is incredibly colorful. In fact, the movie seems to be nothing but color at times. The color comes from the exotic flora and fauna Oz is famous for in our imaginations. Butterfly trees, bell flowers, water fairies and other unnatural wonders are enjoyable and add to our notion of what the land of Oz should look like.

“Oz” is also good at telling the backstories of many familiar characters. Glinda, the Good Witch of the South is given plenty of explanation.

Oz is the main character of the movie, and we learn a lot about how he became the Wonderful Wizard. But what might be the most interesting story line for some (especially those who are not familiar with the Broadway show “Wicked”), is the story of how the Wicked Witch of the West became a memorable villain.

All is not perfect in “Oz,” however. The story lines fall short of reaching their full potential in some places, and there are gaps in the story throughout the movie. If you were frightened by the flying monkeys when you were young, you haven’t seen anything yet. The Wicked Witch’s minions are now rabid, crazy, flying baboons with long teeth and a scream that would terrify anyone.

Oz himself (played by James Franco) is flat and boring at times. Because the audience already knows he stays in Oz and becomes the Wizard, it seems redundant to have him battle with himself over and over again for two hours about what he should do.

And don’t expect to find a bunch of munchkins singing songs about Munchkinland, yellow brick roads or wonderful wizards. There is hardly any singing and very little dancing. There is also a rather appalling lack of ruby slippers.

Although Oz might have changed since we first watched it as children, the lessons we learn there still ring true. Good will always triumph over evil, friendship can be found in the most unusual of places, and there is no place like home. 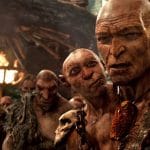 “Jack the Giant Slayer” fails to engage audience of any age