Pentatonix has done it again. No, really. They have. On Oct. 25, the a
capella group released yet another Christmas album and it’s titled “The Best of Pentatonix Christmas.”  The title does this album justice because it offers something for every type of Christmas music lover out there and shows off some of Pentatonix’s best musical work.

The album features 19 songs in total. That number is definitely above average for most albums that are released by musicians today. The set list is made up of past favorites from the group’s previous Christmas albums as well as some new covers. The favorites range from upbeat, secular Christmas carols to hymns that remind us of the true meaning of Christmas: Jesus’ birth.

While singing along to these classics, listeners may also find themselves singing along to some songs that aren’t usually thought of as Christmas songs. A cover of “God Only Knows” falls into this category as well as a mashup of “Winter Wonderland” and “Don’t Worry, Be Happy.” These songs don’t scream Christmas, but they still work with their poppy beats and positive messages.

There are also some spiritual songs featured that aren’t usually played during Christmas such as “Hallelujah” and “How Great Thou Art,” but they still work with the Christmas theme. The lyrics of these songs don’t specifically talk about Jesus’ birth or Christmas, but they still have the connection to the Christian faith which is the main point of celebrating Christmas.

Pentatonix’s original song “That’s Christmas to Me” is also featured and shows off not only the group members’ vocal abilities, but their songwriting abilities as well. This song was first debuted in 2014 on Pentatonix’s Christmas album of the same name, and has become one of my favorite Christmas songs, so it was a joy to see that they decided to include it on their new album.

Pentatonix’s voices aren’t the only ones heard on the album. Jazmine Sullivan, Whitney Houston, Tori Kelly, Kelly Clarkson, Maren Morris and Jennifer Hudson all make an appearance on various songs throughout the album. It was a pleasant surprise to hear their voices when I wasn’t expecting to. Each of their voices complement the voices of Pentatonix and add a little something more to the classic songs.

The songs that had previously been debuted on Pentatonix’s other Christmas albums seem to have been given a bit of an upgrade as well since their original debut. “Coldest Winter” was given a new drum mix by Bobby Alt, an electronic music producer, drummer, singer and songwriter. This new instrumental addition definitely intensified the song and gave it even more pizzazz.

The acapella group always does a great job of preserving the originality of the songs they are covering while also adding their own style. They once again achieved this with the songs featured on this new album. The variety of songs can appeal to many different people who like different kinds of music. Some of the songs have more of a Christmas flavor than others, and some are more spiritual than others.

I haven’t succumbed to listening to Christmas music 24/7 yet, but I also haven’t deprived myself of listening to it once in a while for the joyfulness and peacefulness it brings. Once Christmas music becomes the only type of music I listen to after Thanksgiving, “The Best of Pentatonix Christmas” is definitely going to be one of my go-to choices because Pentatonix has yet to let me down when it comes to music. Five stars. 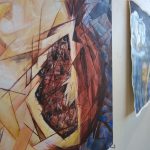 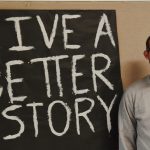