Next fall will bring major changes for the residents of West and Hospers halls.

In an email, Student Body President junior Logan Gooch confirmed rumors that West Hall will be torn down this coming summer.

Students living in West will migrate to Hospers Hall, which is currently a women’s dorm.

With a 56-percent occupancy rate, Hospers currently has far fewer residents than rooms. These women will be dispersed among Fern-Smith Hall, Stegenga Hall, Courtyard Village buildings and the Bolks Apartments.

Although this will be a difficult transition for many NW students, the uprooting has an upside. A planning committee of NW faculty, staff and students has already begun preparations for the new science center, which will fill the gap left behind by West and Casey’s.

“Right now we are going through the long process of designing a building that is both cost-effective and meets the vision NW has,” said senior Abby Hoekstra, student representative on the planning committee.

Despite the fact that most current science majors will graduate before the completion of the new science building, many of them are looking forward to the advancement of campus facilities for generations to come.

“With a new building, there’d be a chance (for future students) to breathe and spread out and less of a chance of breaking the equipment since right now we’re so squeezed into the labs,” said a sophomore biology health professions major Kelley Thurman.

Professors in the science department are also eagerly anticipating the new center.

“There’s been talk of a new science center ever since I started working here,” said Laura Furlong, chair of the biology department. “That was in 2001.”
She also explained that, due to the ever-growing science program, additional space is more important now than ever before.

“There is a lot of pressure on the labs right now,” Furlong said.

With packed classes for three-hour labs, scheduling conflicts are beginning to arise Limited space puts a restriction on research opportunities throughout the department during both the school year and the summer.

“There is still the fundraising that needs to be done,” Hoekstra said. “It would be great to begin building in the next five years. We hope to improve NW’s current reputation for excellent science and nursing programs by creating a building that will allow students and faculty to continue to learn science.” 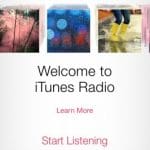 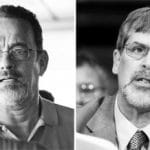 “Captain” brings real-life to the screen