Plenty of classes at Northwestern encourage creativity, but sometimes those classes motivate students to use it in more unique ways outside of the classroom. After taking a playwriting class from Jeff Barker, sophomore students Lucas Sander and Alexander Lowry decided to apply those writing skills by forming the PlayWrongs.

Lowry and Sander were inspired to start the group after enjoying their experience playwriting, and after they bounced the idea off of some others who showed interest.

“We’ve met for the last two Saturdays at 6 o’clock in the theater building,” Sander said. “We’ve talked a little bit about what we want to do since it’s not an official club, but we’ve got ideas and we’re running with a couple of them.”

The prompts they use act as springboards for the writing process, spurring on ideas they can share, ranging from the vague to the weirdly specfic.

Both Lowry and Sander hope the group encourages people to get creative and share ideas with each other.

“We wanted a place where we could work on bringing any and every idea to life, just throw around ideas that might potentially grow into something later,” Lowry said. “It’s a place to create and refine with other people.”

Sander agreed: “When we got to share the scenes we wrote with the class, that was a lot of fun to see. For me, the idea that we could keep doing that for fun — and the theater department is definitely open to having students put on their own productions—so we could potentially put on a production of something we write if we wanted to.” Though it may be intimidating to some, Sander and Lowry value the ideas and experiences different people bring to the process.

“The first meeting, we had a couple of people who decided they wanted to write  an inner monologue and another one wrote poetry, and that was just fine,” Sander said. It’s playwriting, but at this point it’s so small that we like writing just about anything, Come to write whatever you want. I hope to make whatever we end up making into a play, but I think what we mainly love to have from people is different ideas…It’s really fun just to have a bunch of different people writing from the same prompt, but there’s so many different things that come out of it.”

The PlayWrongs still plan on meeting on Saturday nights in the theater building, though there will be a brief hiatus due do the opening of “Museum.” If interested in joining in on the writing process, contact Sander or Lowry for more details. 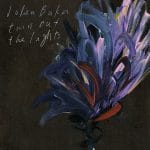