The few past years have been incredibly impactful for the pro-life movement. From directly influencing Trump’s Supreme Court picks to avoiding judicial review of abortion restrictions in Texas, it’s hard to deny the footprint the Christian pro-life movement has left in American politics.

However, it has come at a cost. Through an “ends justify the means” approach, Christians have sacrificed their pro-life ethic for political victories.

Trump is the obvious example. Although he appointed pro-life justices to the Supreme Court, his degrading comments and dehumanizing actions as president certainly were not pro-life. Yet the problem is deeper, extending far beyond the reaches of Trumpism.

A prime example is the new pro-choice bill proposed in Maryland just a few weeks ago. It quickly came under the scrutiny of pro-life activists, prompting outrage on social media. Some of the most shared posts made it seem as if Maryland had legalized infanticide (the killing of babies after birth). Now, about everyone would call a policy like this immoral if it were true. But it is not.

The bill itself did not legalize infanticide, nor did it really increase the legality of abortions at all. Instead, it provided protection against mothers from criminal charges in the cases of miscarriages and still births. In other words, it allows parents to make difficult medical choices about the health of their infant and their family without fear of outside parties suing them.

It is one thing to disagree with a piece of legislation. Disagreement with public policy is a healthy sign of social awareness and critical thinking. There is nothing wrong with doubting the effectiveness or ethics of Maryland’s law. But it is another thing entirely to lie about the contents of a bill to manipulate public opinion and emotions for your own political gain. It is not ethical politics, nor is it anywhere close to pro-life.

If the pro-life movement cared about promoting life, why would they create a false narrative about death? Being pro-life is way more about ending abortion – it is about fostering a culture of life building politics that value all humans of all ages and backgrounds. Lies and partisan politics that stoke fear and division do the exact opposite of creating a life building system. We cannot promote life while simultaneously slandering our enemies as murderers and creating a false narrative of death.

It may feel as if these tactics are necessary for any real change. Taking the moral high ground has not been an effective political strategy in the past. Yet, fruitful politics requires a higher standard. As Martin Luther King once famously said, “Darkness cannot drive out darkness, only light can do that.” Similarly, lies and division cannot foster life. It only degrades our common humanity.

Being pro-life is good. However, we cannot encourage a movement that is so caught up with political victories that they forget the people they are supposed to serve. No one should have to lie about the need for justice in the world. If we genuinely believe that the light is more powerful than the darkness, then we must trust that the truth is enough. 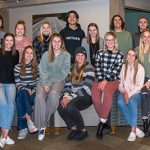 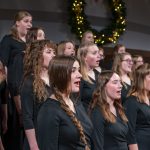 Peace and joy throughout every single piece