This November, many Northwestern students have the opportunity to vote in their first general election. The political climate this election season has been a volatile and intense one, and many people find themselves either unwilling or undecided on which candidate to vote for, with some even tempted to cross party lines.

Political science major Connor Shaull, the President of Campus Republicans, is one of the many students with mixed feelings. “This is the first [election] that I’ve paid a lot of close attention to,” Shaull said. “Unfortunately, it had to be this one. Obviously the Republican nomination with Trump sparked an interest and gave a voice to the antiestablishment aspect of the GOP. It’s interesting to see more to what the effect of this election will be.”

Genetics major Joseph Tolsma, a Democrat, has similar feelings. “There seems to be more division than in any previous election, so the most important thing for the president elected will be to figure out a way to unify the U.S. after the election,” Tolsma said.

With most students facing the dilemma of which choice to make, or even whether to make one at all, political science professor Jeff VanDerWerff shared some guidance on the issue. “In politics, as in life, there’s lots of labels out there—Republicans, Democrats, liberals, conservatives, whatever—and often people say, ‘What are you? Are you one of those things?’ I often challenge students, instead of responding too quickly, to instead say what’s the issue,” said VanDerWerff. “It’s my view Biblically that if we want to be Biblically consistent, in all likelihood, we’re going to have to be politically inconsistent.”

The two primary candidates for the election tend to polarize the parties and many people struggle to find where their views fit. Shaull and Tolsma have both had different encounters when it comes to the reactions.

“In the dorms I’d say a lot of people, at least around here, will hold the sentiment that Trump is the lesser of two evils” Shaull said. “They don’t like Trump, but I feel like a lot of people do fall into that category.”

Tolsma’s experience with the responses has been a little different.

“I’ve been happy to see genuinely thoughtful Christian response to a candidate like Donald Trump, but again I think a lot of people don’t want to talk about it, and if they do, it quickly moves to an angry conversation,” Tolsma said.

“I’ve heard a lot of people choosing not to vote or for a third party for Republicans, but it seems Democrats are more behind their candidate, although Hillary may not have been their first choice.”

VanDerWerff hopes that people will do their research and come to see that, though the parties have their differences, they can be more similar than one might think.

“The online and social media stuff has increasingly segmented everything so that people only have to go and listen to places that reinforce their own views,” VanDerWerff said.

They’re never going to be challenged. They’ll go out and listen to the one place that already lines up with their view, and reinforces, and, if anything, pushes it to the edge or the extreme.

You find out that the general public is a lot closer to each other. But if they’re never mixing or in dialogue, it could become a self-fulfilling prophecy that there could be some cultural wars.”

In addition to the confusing split, this election also has been interesting for women. Social work major Cayla Slattery says she is fairly neutral on the candidates, but certainly appreciates the presence of a female in the running.

“I feel that it’s about time there was another woman up there representing us and giving a different perspective, and I think that is very valuable and shows a shift in our culture,” Slattery said.

“We’re becoming less patriarchal and that’s a shift in a good direction.”

The upcoming election has been a divisive hot topic for what seems like years. For many students, it is their first time getting the chance to affect the outcome.

If you want to make your voice heard, make sure to get out and vote on Nov. 8. 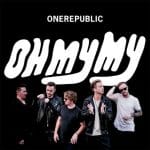