Globally, there are an estimated 4.2 million pornography websites. That makes up 12 percent of all the websites on the internet.

Forty percent of students at Northwestern have used pornography and 30.1 percent have done so in the last six months. These numbers come from a recent study conducted by senior Jenni Kahanic. Although the scope of Kahanic’s study reaches far beyond a statistical profile of Northwestern College, the numbers suggest the need for a discussion of a vice that is often difficult to talk about.

In fact, Kahanic’s study also yielded another surprising statistic: Among Christians, pornography use is not exclusive to men.

A voice of hope comes from freshman Miles Fletcher, who recently struggled with a pornography addiction before giving his life to God. The first time he encountered pornography was when he was in elementary school.

“The first time I looked it up, my dad said to never do it again,” Fletcher said. “I knew then it was wrong because I got in trouble, but I was addicted, and I couldn’t fix it.”

When Fletcher’s parents got divorced, the addiction took over his life. Fletcher said he was exposed further to pornography by boys in his class.

“I didn’t have friends,” Fletcher said. “I didn’t have any relationships. I needed something to show me some type of love. Pornography shaped every part of my day. It ruled my thoughts, words and actions.”

Fletcher said at the height of his addiction he was completely consumed by it.

Fletcher sought out help after struggling with pornography for years.

“It got so bad that I couldn’t even look in the mirror without getting scared,” Fletcher said. “I couldn’t look myself in the eye because I would see a satanic grin, and I would jump back in fear. It was as if the Devil was saying ‘I got you, and there’s nothing you can do about it.’”

Fletcher resorted to a suicide attempt at one point because of the addiction’s control over his life.

Fletcher said he was always angry and yelling at himself because of all the lies he was telling and living with as a result of the addiction.

“I was driving, and I yelled out, ‘In the name of Christ, this has no power over me,’” Fletcher said. “From then on out, it was gone.”

As a way to seek further help in recovering, Fletcher eventually confided in a friend.

“It’s not a one-man thing,” Fletcher said. “You need other people’s help.”

Fletcher said being a man in today’s society is extremely difficult but that excuses shouldn’t be made.

“I believe we are in control of what we look at and continue to look at,” Fletcher said. “The way a woman dresses is not OK to use as a scapegoat.”

“All have sinned, we don’t realize how pervasive and destructive it is,” Van Oort said. “We as Christians underestimate the depth of the alienation of sin. It is a lot nastier than we sometimes think.”

“The message is intimacy when there isn’t any,” Van Oort said. “There has to be a gift from God in order to set the prisoner free. The person who is addicted is powerless.”

Students on campus showed concern over the situation.

“It is surprising because I realize now that it isn’t just a problem for guys; it’s a problem for girls as well,” Dowie said. “If I am dating a girl and thinking about marriage, I think pornography should be discussed.”

Junior Kippen Larson-Gulsvig said that addiction to pornography can result in broken trust.

“Not being willing to give an addiction up changes trust,” Larson-Gulsvig said. “When guys think it’s acceptable, that’s when you lose trust in someone.”

Larson-Gulsvig said that people who seek healing are brave.

“Just because half of the world is addicted doesn’t mean it is OK to live with,” Larson-Gulsvig said. “I really admire people who want to seek help.”

Fletcher said he found the most comfort in people who wanted to help, pray and understand the struggle.

“Not being judged is so uplifting,” Fletcher said. “Just because we are Christian doesn’t mean we have a handle on it.”

For those seeking help with any addiction, the counseling services in the Wellness Center are available. If interested in learning more about Kahanic’s study, she can be contacted at jennifer.kahanic@nwciowa.edu. 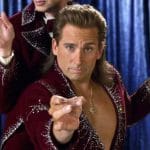 Expect to be let down by ‘ Burt Wonderstone’ 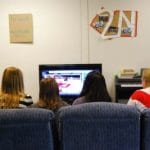