If someone knows at least a little bit of pop culture, they most likely know the name Ariana Grande.

From humble beginnings on the TV show “Victorious” to being a household name in the pop industry today, her talent has surely gotten her places.

Grande, along with other musicians, has been releasing more often during the pandemic because of more time in quarantine to write and practice music. On her newest album called “Positions,” however, that time shows through at only a few chosen moments.

There are a few songs which clearly stand out from the rest. “motive” is an empowering tune ,which asks the one it’s directed to, to be upfront about what their intentions are with her and what exactly they see her as. The steady beat with the message makes me think it could be a great choreography opportunity.

“safety net” is also one of her better ones, taking a nostalgic romantic feel to it. The lyrics back it up, making it one of her better album songs. She mentions how she had just found peace with where she was at in life, and then seemingly out of nowhere, she’s falling in love with someone. However, she’s not entirely secure and unguarded about it because it’s so unexpected.

The last diamond in this album is the title song, “pov.” The receiver of the song sees her higher than she sees herself, but she craves to share their perspective instead of her own self-disdain for herself. Paired with the slow and chill musicality, the song sounds tender and innocent. On top of it all, it’s a relatable problem along with “safety net” and makes it one of the most successful songs on the album.

The rest of the album is filled with subpar songs that are a little more difficult to like. Her songs “positions” and “off the table” are on the upper end of the scale in terms of general quality, and the latter more explores the theme of grief and a state of confusion and hopelessness after a failed relationship. It’s pausing and slow start is not the typical style of Grande, but it worked out well.

“Positions” is a song filled with very cool tones (as opposed to some of her other songs that sound warmer) and seems to carry a message of going the distance into areas of life not familiar for the sake of the receiver of the song.

The songs “six thirty,” “west side,” “love language” and “obvious” fall into the category of being good, but sort of shallow.

“Six thirty” has a good message and a sultry feel, but it falls into the modern-day trap of being very repetitive and trying to use modern day slang that just feels more awkward than anything.

“West side” sounds very bubbly and makes me think of the feeling of having a crush, but it’s very shallow to really make me feel anything outside of the song itself.

“Love language” was one I found very confusing. The strings in the background make the listener expect the song will have higher stakes, but it disappoints in that area and instead presents a message saying: “As long as you do this specific act of love for me, you can do anything you want in this relationship.”

When you pair that with the message of “obvious,” in which she states how her love is free and the song receiver can have it at any time, it scares me to think that people might take those two songs as pieces of a healthy relationship.

Sadly, this is where the good of the album stops completely. The remaining songs from this album fall short of real meaning or musicality, some of which failed on both. “Shut up” and “just like magic” are both super self-centered. “34+35” and “nasty” both talk about making love but in the most crass ways possible, which wouldn’t be so bad if the lyrics could be helped with some musicality. Lastly, “my hair” is simply about her hair.

Ariana Grande has gotten to where she is for a combination of reasons and at least a few of those consist of having a strong sense of good musicality and having stories to tell. Some examples of those reasons and talents are showcased on this album, but as a whole, it’s just not the best example one could find. 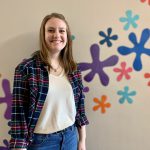 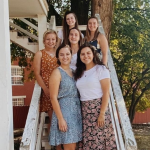