As the snow across Orange City begins to melt and more and more hammocks appearing across campus, it is hard to fight the summer break fever. Motivation is low, Okoboji anticipation is high and Northwestern students are ready to be done with the year. But when the dorms finally close and the last cookie gets sold at the Hub, what do faculty and staff do? While many professors use the time to rest and prepare for the next semester, NW faculty still work at full force by coordinating schedules and setting budgets for the next school year.

This year, however, one faculty member is taking a well-deserved summer vacation of his own: our beloved President Greg Christy. What will the president do when taking his first sabbatical in 15 years at NW? It seems he has a few ideas in mind and is looking forward to some time off after the past few tumultuous years.

Though this is officially PGC’s three-month sabbatical, he doesn’t plan on spending all his time alone.

PGC said, “My wife Michelle and I plan to be away from Orange City the majority of the summer. We have plans to travel and also stay put for two to three weeks at a time in a few locations. We will do some sightseeing on our trips but also want the majority of the time to be for rest, reading, reflection and rejuvenation.”

Though most of his time will be spent alone with his wife, the Christy’s plan on also taking a vacation as a family during the summer.

One thing many may not be aware of is the fact that PGC has actually deferred his sabbatical for a number of years now.

PGC said, “The Board had offered me a sabbatical a few years ago but with COVID-19 and a number of retirements among my leadership team the last four years, there has not been a good time to take a three-month sabbatical. At NW, our leadership team has now been in their roles for at least two years, most of them longer than that and we do not have any major capital projects happening this summer that demand my time and attention.”

So, as you are heading home for a summer full of work, internships and fun, know that you’ll be in good company with your friendly campus president. Moreover, he wishes you all the best with your summers and hopes to return refreshed and ready to lead this college into whatever the future may hold.

He stated, “I love NW College and our students, faculty and staff. I am blessed to have a terrific leadership team that I count a privilege to work with along with a strong and supportive Board of Trustees. I look forward to returning with a renewed commitment to working with each of these groups to further our mission as a Christian academic community that continues to stand out among other colleges in the region and around the country.” 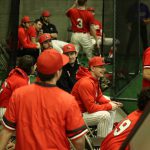 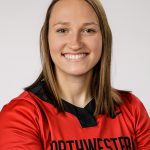