It’s Thanksgiving dinner. Two families are gathered to share the day as they joke and play together. Two young girls decide to go grab something from a second house but don’t return. Suddenly Thanksgiving has turned from the ideal get together into a nightmare.

Viewers of the new film Prisoners follow Keller Dover (Hugh Jackman) as he does whatever it takes to get his daughter back — whether it’s legal or not. Detective Loki (Jake Gyllenhaal) has been assigned to the case, and his record says that he always gets the job done and the case solved.

This time, however, Loki has his work cut out for him.  Dover demands results and then seeks them out on his own. But will their efforts be in vain? Will they be able to find the two girls before it’s too late?

This new fast-paced crime thriller is not for the faint of heart. The twists and turns are sure to make the audience ask the question: “How far would I go if this situation affected my family?”

A few small quirks prove to be distracting from the main plot: a stray artistic shot that didn’t quite fit or acting choices that surely helped to build character but were never explained or justified.Though noticeable, these distractions were few and far between.

The movie delivered what it promised (maybe even a bit too much). It is more graphic than expected, with scenes involving torture and injuries that are unarguably disturbing.

However, these scenes help tell a realistic story of a man desperate to keep his family united and a kidnapper who sees the world through a skewed lens.

Prisoners is sure to quiet a room, and is well worth the cost of a movie ticket. 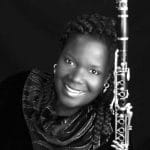 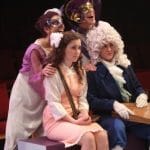 “Life” is a show for all ages