“Lights! Camera! Action!” They’re common words associated with performance, but most theatergoers never encounter the people who are actually getting the job done. Who hits the lights? Who rolls the camera? Who starts the acting?

At Northwestern, the answer to each of these questions is the Theater Production Ensemble, better known as TPE. Behind the scenes of every NW production, TPE works to make each show a success.

“[TPE is] divided into separate groups: lights, box office, costume, etc. With the help of instructors, we construct what is necessary for the show to run,” said TPE member and NW junior Chris McLaughlin.

“The actresses and actors that are in the play are also part of TPE. Not everyone in TPE does behind-the-scenes work,” said TPE member and NW freshman Marisol Seys.

TPE is largely comprised of students with theater scholarships; recipients must contribute a required number of hours to the group to keep their financial awards.

Earning a theater scholarship requires auditioning for a panel of theater faculty.

“You have to perform two monologues, each contrasting the other,” McLaughlin said. “For example, [someone might perform] a happy and light [monologue] and then a dark and dreary [monologue].”

Additionally, all students receiving theater scholarships must take a TPE class. During these classes, the students break up into different crews and work on various parts of the production.

The costume crew will measure actors while the set design crew begins building the set. These activities count toward the hours that the scholarship recipients are required to contribute.

TPE has taught its members many lessons, according to Seys.

“I have learned that it takes a lot of people to put on a show,” Seys said. “You can have a really small cast, but you don’t realize how many people put up all the lights, set up all the sounds, build a set or put costumes together. It takes a lot of time.”

Other TPE members have gained a greater appreciation for personal relationships.

“[We] learn more about each other,” McLaughlin said. “Each week, we have 30 minutes to come together and reflect on different things happening in the theater department and in each other’s lives. We learn how to work together as a group to make a performance successful.”

TPE’s work can be seen in the theater department’s upcoming production of “Ah! Wilderness!” The show will take the stage at 7:30 p.m. Nov. 9–10 and 14–17 at DeWitt Theatre Arts Center. Tickets are free for NW students and can be reserved from the box office at boxoffice@nwciowa.edu or 712-707-7098. 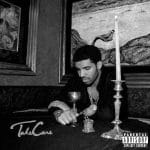 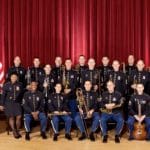