Home Features Professor of History learns from his past
Features History professor Michael Kugler has a Ph.D. from the University of Chicago, won Northwestern’s 2006 Teaching Excellence Award and is chair of the History department. But anyone who met him in high school might not have imagined he would be so successful.

“Nobody in my family that I was aware of went to college,” Kugler said. “I was raised in a kind of setting where you go to high school, get a basic education and get a job. I never really had any role models for going to college.”

To make things more difficult, his family had little money to finance a college education for Kugler, even if he had an ambition to pursue it. But in spite of this, he was still motivated by a desire to read.

“My father and mother read a lot,” Kugler said. “I just thought that’s one of the ways you spend your free time. And the prospect of moving away from home and reading books sounded pretty cool.”

Luckily, he found a small Baptist college that was “desperate” for new students, and he was admitted despite his family’s finances. Over time, he discovered an interest in history and philosophy. Then, when his professors encouraged him to move on to graduate school, he began to imagine how he might use his interests.

“In some vague, obscure way, I imagined myself teaching someday,” Kugler said. “I had no idea what that meant, just this vague sense.”

But as time went on, that sense became much clearer. His interest in reading and history combined with a love for the academic discussion he had found in college, and he was further encouraged to pursue teaching. “I wanted to recreate what I liked about learning. That was probably the need that I wanted to fulfill. And I got to.”

Now that Kugler has found a job as professor at NW, he’s discovered that his faith has a considerable influence on his philosophy of teaching.

“The Incarnation means to me that everything humans have done should be worthy of our study. We can’t study it all, but there’s nothing out of bounds, nothing improper.”

Even after teaching history for nearly twenty years, Kugler’s past stays with him.

“When it comes down to it, I’m still this kid from North Portland who doesn’t know the right things and didn’t go to the right school. But a lot of my students are the first people in their family to come to college, and I sympathize.”

For all students at NW, Kugler has one piece of advice. “Students should find a way to take risks with their education,” he said. “To be curious about the world outside of what they imagine their job will be. To think, ‘Here’s the person I’ve been, this is the kind of thing I’ve done. What are three things that I could do that would be really different?’ And if you take a risk, you’re probably going to fail. But you learn a lot from screwing up.” 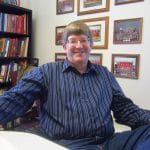 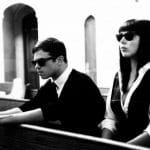