Northwestern’s men’s baseball team played their first game of the season Thursday, Feb. 10 and 11 against Clarke University. The team traveled to Joplin, MO and played a total of four games resulting in two wins and two losses.

On Thursday, NW won the first game 10-7. The Red Raiders fell behind by four runs in the second inning but managed to retake the lead in the third by scoring five. NW never lost the lead in the first game after that. In the second game, NW fell behind by two going into the sixth inning, but Clark scored seven at the bottom of the sixth inning resulting in a lead that NW could not overcome. The Raiders ended up losing that game 0-9.

The Raiders started out with a 6-4 win on Friday. NW scored one point in the first inning and did not give up the led after that. They lead Clarke to six going into the seventh inning, and Clarke could not come back. In the second game they played on Friday, the Raiders lost 4-12. NW fell behind by eight after the second inning and could not fight back.

“It was really nice to be playing outside in February, and it was also great to see what things we were successful at and what things we need to improve,” said red shirt sophomore Lawson Bruxvoort, a varsity pitcher from Pella, IA.

The NW men’s baseball team took their time in Joplin, MO to assess where they are at and how they can apply that to reach their goal.

“Our team goal is to win a championship. That is and has always been a preseason hope… It will be really fun to see how the team grows over the next three months towards that goal,” said Bruxvoort.

The Raider’s next games are on Feb. 18 and 19 in Ottowa, KS where they will play against Ottowa University. Home games will start on March 19. 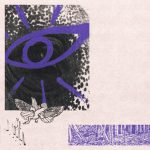 An innovative addition to the indie-rock genre

The Supreme Court and Biden’s pick