Northwestern’s Red Raiders took on Marian University’s Knights in the NAIA Football Championship Series First Round on Saturday and suffered a 32-42 defeat in what was a fierce encounter between the two sides.

The No. 12 Raiders, playing their first post-season game since 2006, faced a tough midday battle against strong opposition in the No.5 Knights in Indianapolis, Ind.

The first ever match-up between the two teams saw the Knights come out on top in what started off as a scrappy affair and developed into a memorable game.

The game started slowly, with both the Raiders and Knights failing to score their first two possessions. Marian broke the deadlock first on a nine-yard touchdown with six minutes left in the first quarter of play.

NW followed suit with a big play of their own, scoring their first touchdown from a kick return of the season on the resulting kick-off. Sophomore receiver Jordan Micalef scored on a 99-yard kick-off return to tie the game at 7-7.

Marian scored twice through the air to gain a 21-7 lead. NW’s offense then came up with an impressive 75-yard drive. The finishing play was junior quarterback Davis Bloemendaal throwing a touchdown to junior receiver Brice Byker to make it 21-13 at the half.

The Raiders started the second half with a 36-yard field goal by senior Mike O’Brien to bring the score to 21-16. The Raider defense came up with stops on successive drives against the Knights’ offense, stopping them at their own 18-yard line on a fourth-and-one fake punt attempt.

The Raider offense capitalized on their great position, with senior running back Brandon Smith scoring the rushing touchdown, and Bloemendaal converting the two-point conversion to complete a fantastic comeback by the Raiders and give them a 24-21 lead.

The Knights then added another two touchdowns to end any hopes of a second Raider comeback, taking the score to 42-24. Bloemendaal found junior running back Theo Bartman for a five-yard touchdown pass with two minutes left on the clock. Bartman then pounded in the two-point conversion on the ground.

NW attempted an onside kick after scoring. Junior cornerback Jermaine Ambrose came out of the pile with the ball, but the officials ruled that the Marian player had originally caught the ball in a downed position.

NW gained a total of 336 yards on offense, with 162 yards in the air and 199 rushing. Bartman led the Raiders with 20 carries for 124 yards and also led the team with five catches for 32 yards and a touchdown.

Junior Jermaine Ambrose had an interception in the secondary.

Senior Brandon Smith ended his final game for the Red Raiders with 19 carries for 64 yards and a touchdown, capping a wonderful playing career and cementing his place in the Raider history books. He sits third all-time with 4,202 rushing yards and second all-time with 55 touchdowns.

The Raiders ended their season with a 9-3 record. Marian won their quarterfinal matchup and will be playing in the national semifinal game on Saturday. 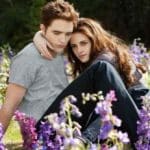 The ‘Twilight’ saga is over 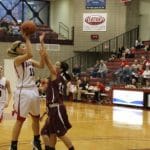