The Red Raider men’s golf team traveled to Kansas City, Missouri, for their final meet of the fall season. The golf event was held last Monday, Oct. 21 and Tuesday, Oct. 22. Instead of playing on the same course for the two-day event, the Virginia McCoy Fall Invite was hosted by two different courses: The Deuce and the National Golf Club of Kansas City. Even with the adjustment in location, the Raiders tied for fifth among the 15-team field. “Honestly I think there was only a couple scores in the 70s the second day, so I was pleased with how I played.”

Knock finished the meet tied for 17th place after shooting an 80 on Monday and an 84 on Tuesday. Only four golfers in the meet were able to shoot in the 70s on the challenging National Golf Club of Ka

“The second day was a much tougher course because of the wind and the cold. The way the course was setup was tough because of the hard pin placements and tee boxes. Overall, the second course was also just a much nicer course,” Knock said.

The Raiders were four shots ahead of Ave Maria (Florida) and Park JV, and nine strokes behind Baker (Kansas) who took fourth place in the competition.

Hutchinson Community College closed with a 317 and overcame an 11-shot to take the win over Morningside, 627 to 629.

“Fall golf is always a grind because of the length of season, and I think you could see the effect of that this past meet,” Knock said. 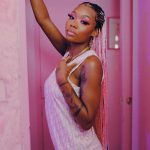