Northwestern’s men’s soccer team has just secured the title of GPAC Co-Regular Season Champions. The last time the Raiders won this title was back in 2004 when head coach Dan Swier, was on the field as a player. Their rankings have secured them a bid to the National Tournament to be held later this month. The last time the team attended the national tournament was in 2007 after winning the GPAC tournament.

When asked what it was like to be such an integral part of both titles, Swier said, “It is special to be a part of both conference titles that Northwestern has won. I have poured so much of my life into this program over the last 20 years, and it is encouraging to see that we have remained competitive even as times have changed.”

Swier also highlighted some players who have been key contributors to the team’s success this season including: junior goalkeeper Zeke Foltz who is rated in the top 10 of goalkeepers in the NAIA for save percentages and shut-outs, sophomore defender Marcel Lengert, who only conceded two out of five goals during a twelve-match span against the GPAC opponents, junior midfielder James Bolger, captain and field general who scores important goals, wins important headers and makes sure the team is ready to play every match and senior forward Juan Mackrey who is the leading goal-scorer having scored four game-winning goals so far this season.

Sophomore defender, Adam De Boer, reflected on the season so far saying, “The resilience of our squad is what sets us apart. We have won eight matches this season by a single goal, and that is a testament to our resilience.”

Bolger echoed the belief in themselves and their teammates to find victory no matter the opponent. He continued saying their “best asset we have this season has been a mix between having a constant rate of interchangeable players who add a new element of defense and attack to the game, the way anyone who steps on the field is willing to burst themselves physically to help their teammates and the ability to change between passing through the middle, out wide, or in behind.”

After winning the GPAC quarterfinal in a hard match against Morningside on Nov. 3, the Raiders advanced to the semifinals on Nov. 6 and won earning them a position in the championship match. The match will be played versus Hastings on Thursday, Nov. 11. 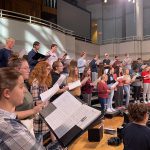 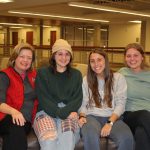