Northwestern’s no. 4 ranked men’s soccer team sent no. 5 Concordia packing in a game for the ages on Saturday night April 10, winning the marathon match 0-0 (10-9) on penalties, including the game-winning goal from the foot of sophomore keeper Ezekiel Foltz. In what had been a rather uneventful game with neither team creating many great looks on frame, the shootout started with 16 consecutive goals and finished with a flurry of cards as Foltz was awarded a second penalty attempt – which he smoothly lofted into the back of the net.

Slated as the closest matchup in the opening round of the GPAC tournament, it proved to be just that as Concordia managed only six shots on goal through 90 minutes, and the Raiders just three.

“The game was definitely a defensive battle,” Foltz said. “I couldn’t have asked for a better defensive game from the whole team. Guys were flying around and getting to the ball. It was great to see the amount of heart the guys could play with when the season is on the line.”

With both teams holding strong, the game headed to overtime, and unable to break the deadlock the Raiders prepared for the classic penalty shootout, the first in eight seasons for NW.

“Heading into the shootout we were all very confident,” Foltz said. “We have been practicing penalty kicks a lot and we now had the chance to prove ourselves as players in front of an amazing crowd!”

The Bulldogs struck first, but NW answered, to the crowd’s roaring delight, and the pattern continued as both teams worked their way further down the lineups. Eventually Foltz executed a perfect read, and with the save set himself up for the biggest shot and first-ever penalty attempt in his career. His kick sailed high, but the assistant referee signaled that Concordia’s keeper had come off his line early, and NW had life once again. Foltz took advantage of the opportunity and placed it just over top of the diving keeper, unleashing a celebratory backflip as players and fans stormed the field.

“Coach challenged us to grow as a team that night whether we won or lost. I full heartedly believe that we all saw another level of play come out of all of us last night” Foltz said.

Completing a perfect season of home games, the Raiders took their extra level on the road to face top-ranked Morningside in the GPAC semifinals Tuesday night, and a scoreless first half proved the Raiders well capable of contending for the league title. Some unfortunate bounces and a hard-fought second half found the Raiders finishing just short, however, and their season concludes with a 3-2 defeat and an overall record of 12-6. 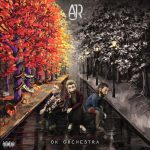 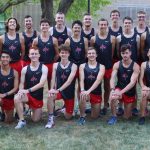