The Red Raider baseball team completed a long road trip over spring break. The squad played 14 games and finished with a 1-4 record in Topeka, Kan., before moving to Phoenix, Ariz., where they ended up 5-5.
Highlights from the trip include senior Jared Kirkeby opening up with 6.1 innings of no-hit work on the mound. He completed the game and earned a shut-out as Northwestern rolled over NCAA Division II Malone 9-0.
“[Kirkeby] works really fast and has a lot of energy on the mound,” said sophomore shortstop Cody Groskreutz. “He made a lot of good pitches for us.” After dropping four of their next five games, the Raiders found their groove against a familiar opponent in Malone. NW won the two high-scoring affairs 13-11 and 11-10. Senior Steve Englund went 7-10 with three RBIs on the day. Groskreutz also had good fortune at the dish, going 6-10 with three RBIs.
“We were usually hitting next to each other,” Groskreutz said, “and one of us would get a hit and create some energy to get some things going.”
A two-inning save by senior Eddie Pantzlaff in the first game gave him the NW school record for career saves at 19.
The Raiders finished off their trip with a split double-header against Minot State.
Kirkeby led the charge from the mound in the 6-3 win. He allowed three hits in the complete game victory.
The bats were working well for NW as well, and the team picked up 10 hits. Englund, Groskreutz and senior Matt Negaard all had two hits.
The squad returns to action this weekend in Minneapolis at the Metrodome, where they will play four games on Friday and Saturday. 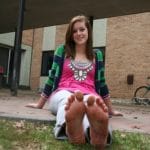 Skipping the shoes: Barefoot on Campus 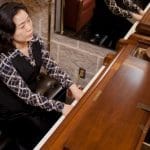